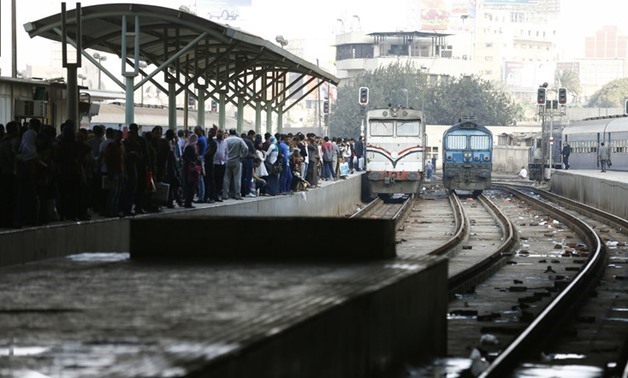 CAIRO - 4 July 2019: Railway officials said that 300 employees in the sector, including train drivers and technicians, were suspended as they tested positive for drugs.

The 300 workers were deprived of 100 percent of their salary for a month, sources told Egypt Today. In addition, they were suspended for six months, after which they will be tested for drugs again. During these months, the workers will only get their basic salary, according to the source.

After six months, if a worker tested negative for drugs, he would be able to resume his job. In the event of testing positive again, suspension would continue. In the third time, a worker who tests positive for drugs is given another job away from operating the trains, the sources added.

This comes after a driver of a train locomotive killed 20 people in February in Cairo's Ramses Railway Station after crashing into the platform.The train driver was a drug addict, according to Deputy Head of the Parliament's Transportation Committee Mohamed Zain.

Nader Saad, Cabinet's spokesman,said drug abusers working in the administrative departments of the state have the chance to go for treatment in the state's specialized centers, adding that they will be treated confidentially and at the state's expense.

In an interview with Wael al-Ebrashi and Kholoud Zahran, Saad affirmed that these abusers still have the chance to ask for treatment without facing any penalties before a criminalizing law is enacted, stressing that Prime Minister Mostafa Madbouli proposed that drug abusers and addicts receive equal punishment in the planned law.

He said that state employees and railway workers will face termination in case they tested positive for drugs, explaining that those who reject to take drug tests will face penalties that may reach termination.

Also, the Egyptian Ministry of Al-Awqaf (religious endowments) said it will not accept to employ anyone or to renew contracts of employees until they submit an official drug test that proves they do not abuse drugs.

In June, Ministry of Social Solidarity said it has given loans for citizens who have successfully recovered from drug addiction, estimated at LE 1.76 million, to help them establish small projects.

Amr Othman, assistant solidarity minister, has granted checks of LE 160,000 for people who recovered from addiction to fund their projects, which included supermarkets and motorbikes' accessories and spare parts shops.