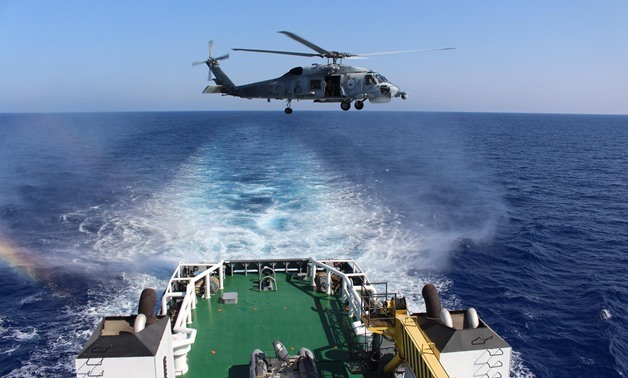 CAIRO - 2 July 2019: The Egyptian Armed Forces announced Tuesday the start of a joint military exercise with France titled "Ramses 2019" with the participation of elements of the naval and air forces of Egypt and France, according to the Egyptian army's statement.

The statement reported that the military exercise should last for several days in Egypt, adding that French aircraft carrier Charles de Gaulle and Rafale combat jets will take part in the maneuvers.

A number of Egyptian frigates and modern rocket launchers, as well as F-16 warplanes will also take part in the drill.

The Egyptian army's statement added that the joint military exercise reflects the enhanced military partnership and cooperation between Cairo and Paris.

In May,the Egyptian naval forces carried out a maritime training exercise in the Mediterranean Sea with the participation of French frigate SURCOUF.

The training comes within the framework of the Armed Forces' plan to bolster military relations with different countries.

Earlier, both countries carried out aerial drills in support of the Egyptian-French distinguished military ties.