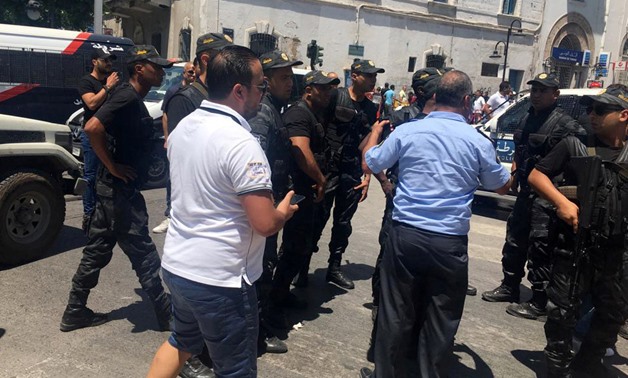 The suicide bomber blew himself up near a police patrol in Charles de Gaulle Street at the Avenue of Habib Bourguiba, near to the French Embassy in Tunis.

Few minutes later, a second man blew himself up near the back entrance of the El-Gorjani judicial police department, the agency reported a second statement from the Ministry of Interior.

The second attack also injured four people, and the area near the police department was evacuated, the statement added.