Egypt, Jordan participate in US-led summit on Palestine in Bahrain 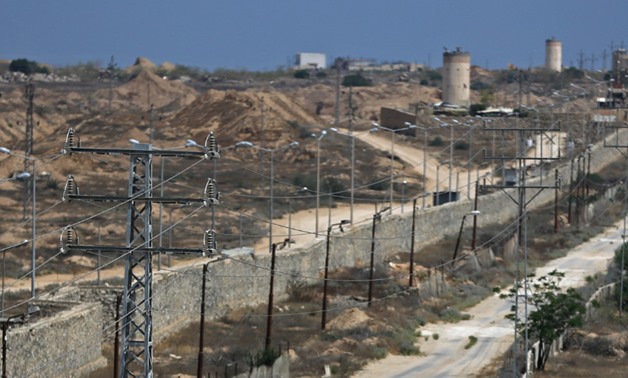 CAIRO – 23 June 2019:Egypt and Jordan announced their participation in the Manama-hosted Summit “Peace to Prosperity”, the economic part of “the Deal of the Century” which was orchestrated by U.S. President Donald Trump’s advisorJared Kushner on the Palestinian-Israeli issue.

Egyptian Foreign Ministry Spokesperson Ahmed Hafez told the state-owned news agency MENA on Saturday that Egypt will participate in the summit, which is called by Kushner as “Workshop”,due to convene on June 25 and 26 in Manama.

“In the framework of Egypt’s permanent interest in any attempts that address the economic challenges faced by […] Palestinian people, out of [Egypt’s] firm commitment to achievingthe [Palestinian] legitimate aspirations and rights, most importantlythe right to establish an independent Palestinian state on the borders of June 4, 1967, andin an effort to end the Palestinian-Israeli conflict on the basis of a two-state solution, an Egyptian delegation headed by the deputy minister of finance will participate in the workshop entitled ‘Peace to Prosperity’ on June 25 and 26," Hafez was quoted as saying by MENA.

Deputy Minister of Finance for Financial Policies Ahmed Kojak affirmed Egypt’s participation in the summit, adding in remarks to CNNthat he will chair a business delegation in the international gathering.

Jordanian Foreign Ministry announced on Saturday evening that Jordan will send a business delegation to the summit. The ministry added that Jordan willdeal with any business proposal in accordance with its stable stance towards the Palestinian issue.

Kushner revealed in remarks to Reuters on Saturday that the U.S. administration allocated $50 billion for the Middle East plan; about half of the $50 billion will be allocated forconstruction projects in Gaza and for building a corridor linkingthe West Bank and Gaza strip. Meanwhile,the rest of the money will be divided between Egypt, Jordan and Lebanon.

Palestinian Foreign Ministry announced in a statement that the summit uncovers the US bias against the Palestinian people for Israel, describing the summit as “Balfour Declaration 2.”

“The ministry affirms that the American economic project under the name of 'prosperity' constitutes an extension of a political stance completely biased to the occupation [Israel] and its policies; it aims at implementing the colonialism concepts of the Balfour Declaration,” the ministry said in the statement.

Trump’s administration seeks to escalate the conflict between the Palestinians and Israelis, the ministry said.