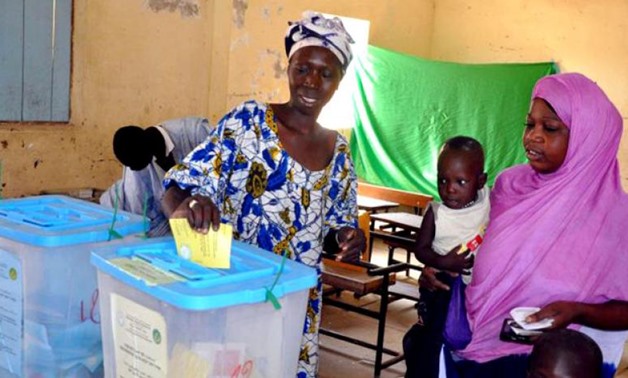 Large numbers of voters flocked to polling stations to elect a president from six candidates, with voting process to run until 7 p.m., according to the country's law.

More than one and a half million people are eligible to vote in the elections.