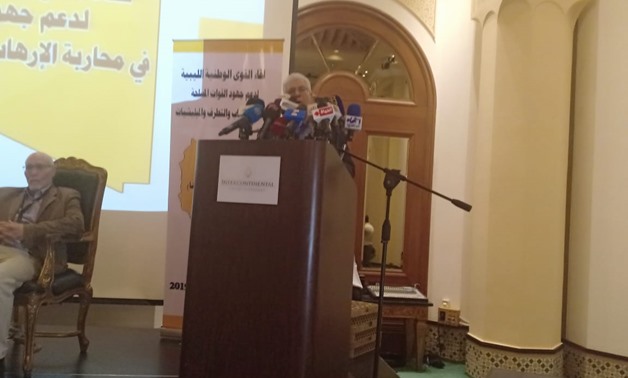 In his speech during a Monday meeting with Libyan figures and politicians in Cairo, Ragab said that Libyans support LNA efforts to restore the country’s stability and security.

Ragab also criticized The North Atlantic Treaty Organization (NATO) interference in the Libyan affairs, which led to the country’s deterioration in the past.

The former official also noted that the United Nations failed to reach a political solution to the Libyan conflict over the past years.

Cairo hosted on Monday a meeting attended by Libyan national figures, politicians and tribal leaders who discussed the latest efforts by the Libyan National Army (LNA) to fight terrorism, to restore stability in the country and preserve its unity.