Egyptians gnash their teeth after sour price of lemon 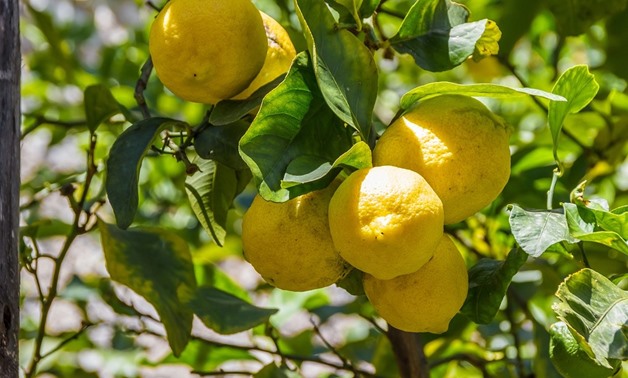 CAIRO - 9 June 2019: Facial expressions of Egyptians, especially women who used to go shopping, tuned sour when they have been told that the price of one kilo of lemon hiked to LE100 (US$ 5.97) with unprecedented increase.

The price of lemons never exceeded LE15 one month ago; however, the price increased gradually over the holy Month of Ramadan (May 6 to June 5), during which the Muslims fast worldwide.

“When I entered the grocer’s and asked for the price of a kilo of lemon, the grocer told me ‘we have no lemons and if you find it [in any other place], you will buy a kilo of it with LE100’,” said Walaa Mohamed, a mother of two children in Giza’s Imbaba. “It’s really hard to find lemon now,” she continued, wondering why the markets suffer lemon shortage.

“On Monday, before Eid al-Fitr, I wanted to buy 500g of lemon for my house use, but after I found the kilo is sold for LE70, I just bought a bottle of concentrated lemon juice from the supermarket for cooking,” Manaal Abdel-Latif from Maryoutia, Giza, told Egypt Today.

“I will not buy the lemon for this [high] price as long as there are affordable alternatives at the market,” she added.

The reasons behind the price hike boil down to three factors as explained by Mohamed Gabr, the head of the Director of the Horticulture Research Institute (HRI), which are: climate change, uncontrolled rate of lemon exportation, and high purchase turnout in Ramadan and Eid al-Fitr.

Climate Change impact
Climate change has affected lemon trees during the flowering and bloom time that takes place between late February and early March, Gabr said. “This time of the year is very sensitive for the lemon blooms, and Egypt has been hit during this period by unstable temperature going up and down,” he added.

Blooms could not bear temperature fluctuation that caused the fall of many blooms from the branches, Gabr noted, saying “so the climate change has affected the number of lemon produced.”

Lemon trees grow in warmer temperature that varies between 25°C and 30°C degrees, according to the Australian Department of Primary Industries. In late February, temperature suddenly increased in Cairo recording 29°C degrees, followed by a sharp decline by seven degrees.

In early March, thunder and lightning hit Cairo accompanied by heavy rains in some coastal cities, with temperature varied between 10°C and 18°C degrees, according to the Egyptian Meteorological Authority (EMA) reports.

Gabr continued that lemon trees could be affected by another physiological phenomenon called “June Fall,” during which lemon blooms fall from the branches.
The second key reason for lemon shortage came due to the high rates of exports by local merchants, Gabr said, noting that the high rate of export caused by the lack of government’s controlling measures on the local markets.

“The government’s intervention to curb exportation is limited and very late,” he said.

Egypt’s exports of citrus fruit hiked recently as it recorded 1.6 million tons since the beginning of the season in December 2018, said the Central Department of Agricultural Quarantine at the Ministry of Agriculture in a report on June 2.

‘24-carat lemon’
The Egyptians’ anger at the price hike expressed in a very sarcastic way on the social media; some compared lemons with gold and indispensable treasure.

Aletribi Alaa posted on his twitter account that he suddenly found a treasure in his garden; it is a lemon tree!


Meanwhile, As Shok tweeted sarcastically “24-carat yellow lemon is for LE100. 21-carat green lemon for 80 and 18-carat withered lemon for LE 60. If you want to save your money, transfer dollars into lemons!.”


‏Others mocked on Facebook saying that the price reached L.E. 100 in the coastal city of Damietta, where the people were getting lemons instead of the change during former President Hosni Mubarak’s era.

A Facebook user posted that she has a lemon tree in her garden, saying that she would sell a kilo for L.E. 20 to counter the high prices offered by the local grocers.

Although the Egyptians gnashed their teeth over the hike, Gabr said that the price is expected to decline in the coming few days after the farmers start harvesting.