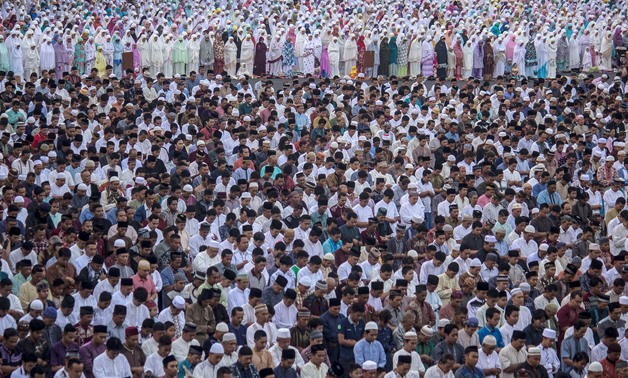 CAIRO - 4 June 2019: Depending on the sighting of the moon, seven countries celebrated on Tuesday the first day of Eid al-Fitr (The Feast of Breaking the Fast) such as Saudi Arabia, United Arab Emirates, Kuwait, Qatar, Iraq, Libya and Bahrain.

Many astronomical institutions around the world stated that it was “impossible” to sight the Shawwal crescent on Monday using all methods, suggesting the Eid al-Fitr will start on Wednesday, said Mohamed Ouda, the head of the International Astronomical Center (IAC).

The IAC is not authorized to announce the beginning of Eid al-Fitr, but its mission is only to explain the astronomical side of the event, and to clarify scientific facts behind moon sighting.

Eid al-Fitr means "festival of breaking the fast" and marks the end of the fasting month of Ramadan.

Traditionally, Eid is celebrated for three days as an official holiday in all Muslim-majority countries. However, the number of vacation days varies in eachcountry.