Sisi: religions can be weakened by their believers’ practices 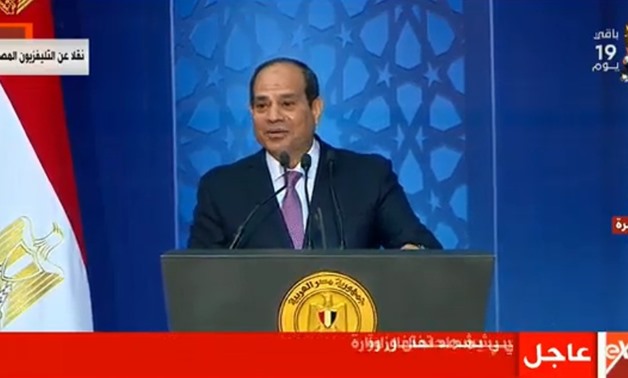 CAIRO - 2 June 2019: People’s behaviors could affect the image of their religion negatively or positively in other nations’ points of views, said President Abdel Fatah al-Sisi in his speech at the ceremony of Laylat al-Qadr at the Ministry of Endowment (Awqaf Ministry) on Sunday.

President Sisi said that Muslims are not safe in their homes, saying “we have been killed by our people for years and we spent a huge amount of money on our security [to be protected] from this ideology […] We need to monitor ourselves.”

“When we wish our Christian brothers a happy feast or [congratulate them] on building new churches, we represent our religion,” he said, noting that such gestures are not meant to show off. “There is a big difference between practicing and understanding the religion,” he added.

President Sisi added that Egypt’s main goal is to preserve the essence of religion, to raise the moderate religious awareness and combat the extremist threats among the youth, adding that the enlightened religious discourse is the best way to fight extremist ideology.