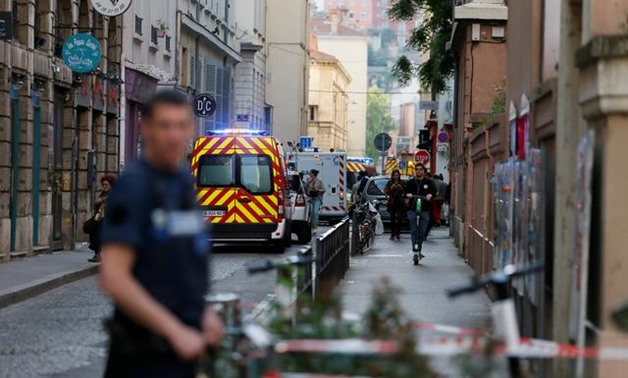 CAIRO - 25 May 2019: The Egyptian Ministry of Foreign Affairs has denounced an explosion that took place in the French city of Lyon, wounding at least 13 people.

The ministry stressed in a statement on Saturday that Egypt supports the French government and people to face such brutal attacks, which target innocent people.

The French prosecutor's office said a suspected parcel bomb was the cause of the explosion, which took place on Friday.

Most of those hurt were hospitalized for treatment to leg injuries that were described as "light".

The Paris counter-terrorism prosecutor has opened a probe into the blast.

The suspect was captured on security video leaving a bag in front of a bakery shortly before the explosion, police sources and local mayor Denis Broliquier said.