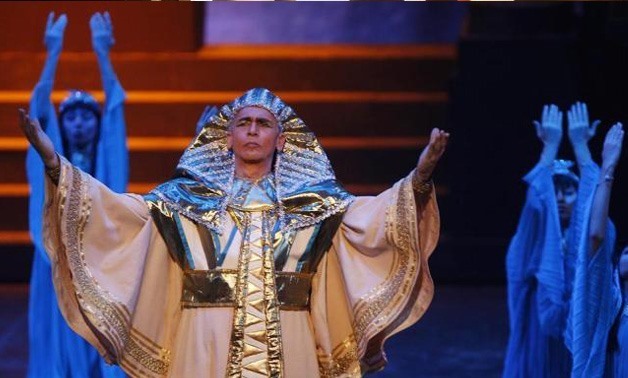 By: MENA
WASHINGTON - 18 May 2019: The Egyptian embassy in Washington held an 'Opera Aida' show that drew many American fans of the epic classic music by Italian composer Giuseppe Verdi.

The event is the first of its kind, Egypt's Ambassador to the US Yasser Reda said, noting that it was organized in tandem with Washington Opera Society that showed eagerness to co-organize this grand production that sheds light on Egypt's ancient and contemporary civilization.

As of June, EgyptAir airline is due to operate direct flights between Washington and Cairo, the ambassador told the attendees.

He further revealed that Washington's National Geographic Museum will host an exhibition for ancient Egyptian queens.

Aida is based on a story written by French Egyptologist Auguste Mariette, commissioned by the Khedive Ismail Pasha. It was first performed at the Khedival Opera House in Cairo on 24 December 1871.

Aida has special thematic and historic significance in Egyptian culture and is one of the most popular operatic works performed in Egypt. Aida is also among Verdi's most known works, staged worldwide by opera companies.