Egypt, CNN's campaign to promote tourism comes into force in May 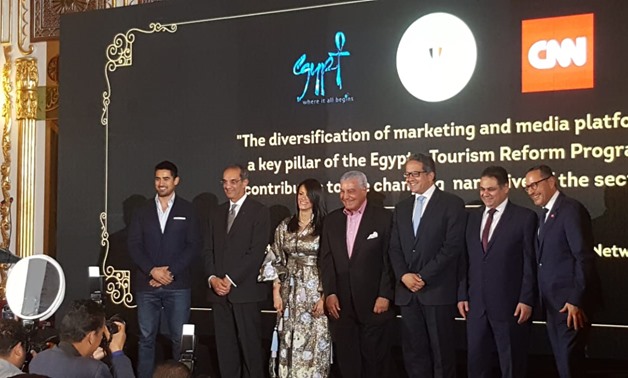 CAIRO – 8 May 2019: Egypt signed on Tuesday an agreement with CNN to promote tourism through implementing an international tourism campaign. The campaign will use different platforms, including television, as well as digital and social media sites.

The new partnership between Egypt's Ministry of Tourism and CNN will come into force in May with the new campaign which will produce creative content to attract travellers around to Egypt.

The main objective of the campaign is to continue the development efforts of tourism in Egypt, to highlight Egypt's diversity and promote it as the prefect destination.

The campaign comes in line with the Ministry of Tourism's strategy to develop the sector, make it more sustainable and increase the number of tourists coming to the country.

The partnership will come into force during 2019, which marks a rich year full of important events, including hosting the Africa Cup of Nations.

Mashat announced that Egypt will be signing an agreement with CNN earlier in May. She said in a statement that the partnership comes in light of Egypt’s reform program in tourism sector to introduce a contemporary and non-stereotyped image of Egyptian tourist destinations.