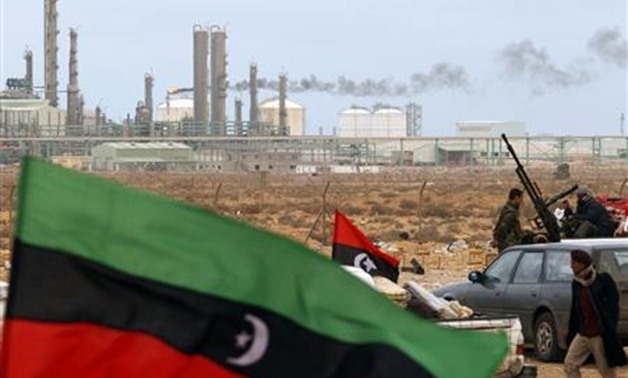 CAIRO – 6 May 2019: Several Libyan Political analysts accused the Government of National Accord led by Fayez al-Sarrag of allying with terrorists and militants, which the Libyan National Army led by Field Marshal Khalifa Haftar is seeking to eradicate through its military operation in Tripoli.

This came during a seminar hosted by Egypt Today this week.

Professor of International Law at the University of Tripoli Mohamed el-Zobeidy said that the military operation in the capital aims at liberating the state institutions from the militants’ grip.

“The Libyan National Army managed to liberate more than 90 percent of the country,” said Zobeidy, adding that the city hosts 60 percent of the Libyan population and that they are abused by the militias. He further noted that IS, Muslim Brotherhood and Qaeda militants also exist in the city.

Zobeidy stressed that Turkish and Qatari support for terrorist groups and militants in Libya in a “malignant scheme” aims at turning Libya into a center for training terrorists and transferring them to neighboring countries like Syria and Iraq.

Discussing the future of the operation, he said that when the mission of liberating Tripoli is finalized, a political solution for the crisis can be mulled. “It is difficult to put into action any of the terms of the political accord due to militants’ leaders who hinder any political solution in Libya.”

Regarding the operation, Libyan Journalist Abdel Baset bin Hamel explained that both Chairman of the Presidential Council of Libya Fayez al-Sarrag and Field Marshal Khalifa Haftar agreed to the peaceful entry of the National Army into Tripoli; however, Sarrag violated the agreement after visits to Doha and Ankara. Journalist bin Hamel assured that there are terrorist elements, both Arab and foreign, fighting against the Libyan army in Tripoli, including Salah Bady who is blamed for Tripoli Airport blaze in 2014 and is believed to be funded by Turkey to encounter the Libyan army.

Bin Hamel further cited the lack of the role of Libyan media and religious discourse in the country, which paved the way for the Qatari and Turkish media manipulation to support militants in Tripoli.

“Special Representative and Head of the United Nations Support Mission in Libya Ghassan Salamé has re-introduced militants in Libya’s political scene via fake security measures,” bin Hamel said, adding that the UN mission turned a blind eye to the dangerous role played by the terror elements that are involved in kidnapping Libyan officials and diplomats and blackmailing citizens.

Bel-Qassim said that the Libyan people are now aware and that the political changes that took place in Egypt have positively affected Libya since the Egyptian people discarded the Muslim Brotherhood group and all radical groups.

Former Advisor at the Libyan Army Ramzy el-Romeeh criticized the Libyan Parliament for what he said was a “big mistake” when the Parliament designated the Muslim Brotherhood group a terrorist organization in Libya in 2014.

Romeeh further questioned the future of the country amid the spread of weapons in large amounts.

“The Libyan Armed Forces do not seek power because the state is in real chaos, but rather seeks liberation to start a reconstruction phase,” said Romeeh. He added, “Fayez al-Sarrag is in a bad situation as he became controlled by the international intelligence bodies, especially in the UK, in addition to Turkey and Qatar…militias are running Tripoli now.”