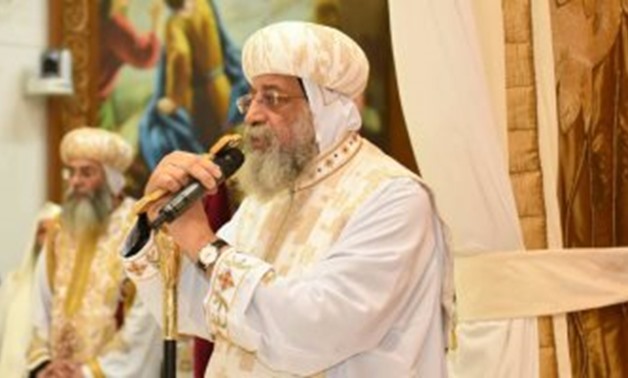 By: MENA
CAIRO, April 28 (MENA) - Pope Tawadros II of Alexandria and Patriarch of Saint Mark Diocese said he is due to receive on Sunday a number of state officials, priests and archbishops.

The pope greeted Egyptian Copts on Easter which coincides with Sham el Nesim. Pope Tawadros: We pray for God to end coronavirus pandemic