By: Egypt Today staff
CAIRO – 23 April 2019: The National Election Authority (NEA) received on Tuesday the voting reports of by the primary courts nationwide, after counting votes in the referendum held recently on some constitutional amendments.

The National Election Authority stated results of the voting process will be announced shortly after ending the three-day voting. 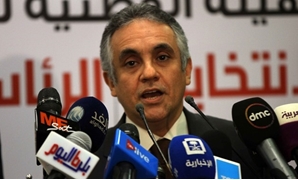 Most prominent scenes from referendum on constitutional amendments