Picture of the cesspool inside the Benovr school, where the child passed away

Headmaster in Gharbia imprisoned as student dies inside cesspool

By: Egypt Today staff
CAIRO – 15 April 2019: A court in Egypt's Gharbia sentenced the headmaster of Bnovr School for Basic Education to two years in prison and a bail of LE 10,000 ($579), over "gross negligence," that led to the death of a student.

The six-year old child died after he fell in to a cesspool inside the school, during the physical education period. According to some reports, Attempts to rescue the child took around four hours to no avail. Eventually, the body of the child could be removed from the cesspool, after he passed away.

The deputy head teacher of the school was also sentenced to two years in prison and a bail of LE 20,000 pounds, while a physical education teacher got a six-year imprisonment. The fourth defendant in the case was acquitted of all charges.

Earlier in April, the governor suspended the three defendants, and ordered referring them to the Public Prosecution over dereliction, which caused the child to fall into the cesspool and consequently die. The governor also decided to hand LE 10,000 to the family of the child.

Some reports claim that the child died immediately after he fell into the cesspool, without revealing the cause of death, while others say that the child drowned inside it.

Egypt’s Education Minister Tarek Shawki ordered in January an immediate investigation into the death of three year old Malika in Giza after her school bus ran over her.

The student went to El-Radwa Language Schools located in 6th of October city.

The ministry affirmed that it will punish the ones responsible for the accident after the end of the investigations. A surveillance camera picked up the incident. However, Egypt Today is not publishing the video due to its disturbing nature.

Such a horrible incident came shortly after a wall of a building, reportedly illegally included inside al-Manara private school in Marg district northeast of Cairo, collapsed in December, causing the death of one student and the injury of many others.

Shawki suspended the general director of al-Marg Educational Administration, the under-secretary of administration and the director of private education until an investigation is conducted on whether the school notified the concerned parties about the state of the wall and took the necessary cautionary measures for the students' safety. 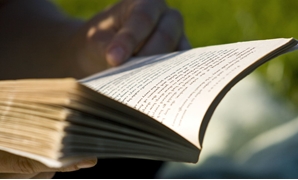 Hundreds of thousands of students take Tuesday's e-exam despite suspension