Exclusive: UN-brokered Ghadames dialogue postponed due to escalation in Libya 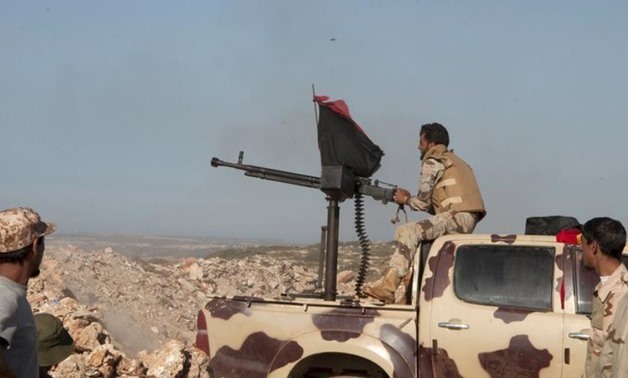 CAIRO – 9 April 2019: The UN-brokered dialogue of Ghadames between conflicting parties of Libya was postponed due to the ongoing escalation in the country, President of the Libyan House of Representatives Aguila Saleh told Egypt Today on Monday.

The six-party dialogue was due to convene mid-April but was postponed due to the ongoing military escalation between Libyan National Army, led by Libyan commander Khalifa Haftar and Libyan troops of the internationally-recognized government led by Prime Minister of the Government of National Accord Fayez al-Sarraj since April 4.

"Libyan army's advance on Triploi aims to protect the constitution and the citizens' rights and freedoms and to secure their lives and properties," Saleh told Egypt Today.

Saleh accused the Tripoli-based government of impeding all courses that could lead to political solutions. He added that the military move against troops stationed in Tripoli came after the international community and Sarraj's government failed to release the prisoners from the capital.

"We welcome all Libyan military personnel to join the Libyan National Army but the problem boils down to the presence of some armed militias controlling other military groups in the western region of the country," Saleh said.

In March 2019, the special representative of the secretary-general and head of mission called for holding a dialogue gathering around 120 Libyans from different conflicting parts to reach a road map and put an end to the Libyan turmoil that sparked in 2011.

In his speech at a press conference with Russian Foreign Minister Sergey Lavrov, President Abdel Fatah al-Sisi called for putting an end to the ongoing conflict in Libya, said Egyptian presidential spokesperson Bassam Radi in a statement on Saturday.

Libyan factions held talks in the Moroccan city of Skhirat as per a United Nations initiative and came up with the Libyan Political Agreement signed on December 17, 2015. Accordingly, an internationally recognized interim government was formed bearing the name the Government of National Accord, appointing Fayez al Sarraj as prime minister and being headquartered in the capital, Tripoli.