By: Egypt Today staff
CAIRO – 2 April 2019: Chair of Egypt's National Coordinating Committee on Preventing and Combating Illegal Migration said that Egypt has successfully limited illegal migration as a result of dealing seriously with the phenomenon and controlling the borders.

Ambassador Naela Gabr referred to the anti-illegal immigration law, which Egypt legislated and approved in 2016, saying that it is considered to be the first of its kind in the Middle East, and adding in an interview with "al-Mowagaha" (Confrontation) on Extra News on Sunday that it has defined the crimes and provided deterring penalties.

The anti-illegal immigration law has been endorsed by legal scholars as it combats such crime, preserves human rights and provides deterrent punishment.

The Egyptian Parliament approved in October 2016 the Illegal Immigration Law, which entails tough penalties on whomever assists and/or facilitates an illegal immigration process. The law was drafted by the Cabinet in 2015 and was sent in June 2016 to the Parliament for discussion.

The law imposes a maximum of a life imprisonment sentence and a fine of LE 500,000 (about $28,850) on the smugglers of potential migrants acting as brokers, middlemen for smugglers; or those who are found guilty of providing shelter to trafficked illegal migrants,transporting, or facilitating the trafficking route.

Egypt has not recorded any case of illegal immigration since 2016, Egypt’s presidency spokesperson BassamRady announced in February. 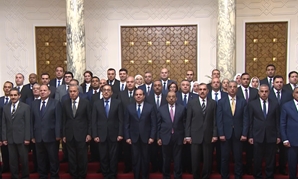