By: Egypt Today staff
CAIRO - 28 March 2019: A total of 157 inmates have been pardoned, as per presidential pardon No. 52/2019, concerning the release of some inmates after serving part of their sentences. Also, 417 people were granted a conditional release.

A group of 408 prisoners has been released per a presidential pardon earlier in March.

The released group is part of a total of 6,925 prisoners and detained debtors, who were granted their freedom on January 25, 2019.

Egyptians celebrated the eighth anniversary of the January 25 uprising that ended the 30-year rule of former President Hosni Mubarak. The uprising was staged on the Egyptian Police Day on January 25, 2011 to protest against the ministry’s crackdown on civilians during Mubarak’s era.

On March 14, a total of 413 inmates were released and another group of 620 prisoners was also released on February 28. The first released group of 585 walked out of jail on February 14. 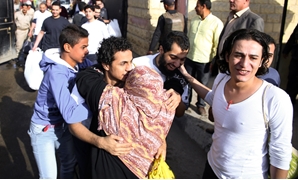 234 prisoners released per presidential decree, 353 others on parole