By: Egypt Today staff
CAIRO – 26 March 2019: A judicial authority ordered the detention of Bahia Abdel Fatah, head of the Central District of Alexandria, for another 15 days pending investigations over charges of requesting and receiving a bribe.

The State Security Prosecution earlier ordered holding the suspect for four days in custody pending investigations. Abdel Fatah was arrested upon an order by the Administrative Control Authority, the regulatory body responsible for enforcing laws and regulations within state bodies.

Abdel Fatah faces charges of violating the duties of her job, squandering public money, receiving a financial bribe, obtaining illicit gains, exploiting her powers, and suspending the implementation of decisions to demolish some buildings.

The ACA has ordered the arrest of numerous officials over the last year, within the framework of the leadership’s fight against corruption.

In December, 2018, Major General Ibrahim Abdel Aaty, head of Giza’s Al-Haram district, and three other defendants were referred to the Criminal Court over bribery accusations.

The district head received a bribe from the three companies to halt legal procedures that had to be carried out against some of the buildings that violate the law in Al-Haram district, according to the investigation.

The accused major general denied all accusations. The prosecution listened to the representatives of the three construction companies, and formally accused Abdel Aaty of receiving bribes, misusing his authority and deliberately failing to perform his duties. 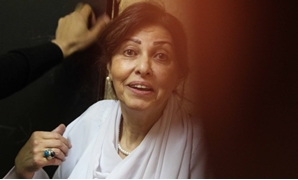