Bahrain deplores US recognition of Syrian Golan as Israeli territory 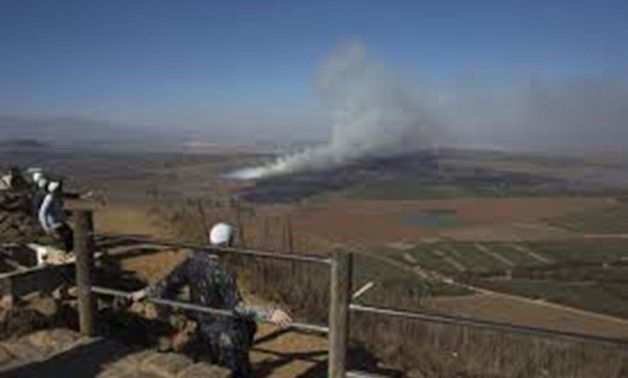 Druze men look at smoke rising on the Israeli-controlled side of the line dividing the Israeli-occupied Golan Heights from Syria following fighting near the Quneitra border crossing, August 27, 2014. REUTERS/Ronen Zvulun

Manama, March 26 (MENA) - Bahrain expressed its regret over the United States' recognition of the Syrian Golan Heights as an Israeli territory in a move that disrupts all efforts aimed at achieving a lasting peace in the Middle East, Bahrain News Agency (BNA) reported.

"The Ministry of Foreign Affairs of the Kingdom affirms its unequivocal position in recognizing the Golan Heights as Syrian Arab territory occupied by Israel in June 1967 as stated by the resolutions of the UN Security Council," said the ministry's statement issued on Tuesday.

The ministry stressed the need to abide by the resolutions of international legitimacy, calling for concerted efforts to end Israel's occupation of the Syrian Golan Heights and to withdraw from all Arab territories occupied in 1967 in order to achieve a comprehensive and lasting peace in the region.