How Ramses train moved without driver, crashed into platform 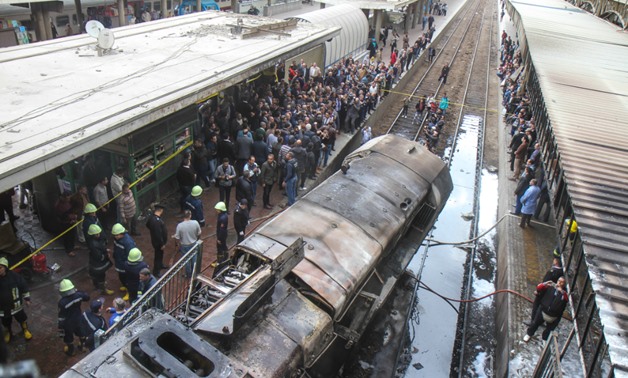 CAIRO - 28 February 2019: A source in the Egyptian National Railways disclosed the circumstances of Ramses railway blaze, saying that a train moved without a driver, while the driver was disputing with another railway employee.

There was an altercation between the driver and the other worker in the station and the train was moving slowly and then accelerated so they could not not catch it, the source said in press remarks.

He added that the train moved at a high speed, and crashed into three platforms carrying numbers 4,5 and 6, besides the main building of the Egyptian National Railways.

He said that the two workers fled as soon as they saw the collision and the explosion.

The source said it was not the first incident of its kind, as two trains had moved before without drivers.

The first time was in Alexandria two years ago, he said, adding that the train at the time moved on its own, while it was maintained, while another train moved from one of the workshops of Ramses Station, a year and a half ago, and was controlled without losses.