During the trial, Ash’eyaa pleaded not guilty, claiming that he was framed, al-Dostor newspaper reported.

“We should look at it [the incident of the murder] as a wake-up call for all of us... the death of Bishop Epiphanius was like an alarm call,” said Tawadros II, pope of Alexandria and Patriarch of the See of St. Mark, during a mass marking the 40th day of the bishop’s death. 3 sentenced to death in Egypt over attack on security director 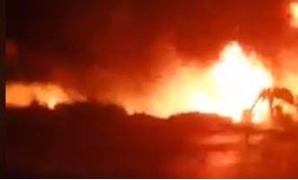