Egypt to become an energy hub for MENA: UK amb. 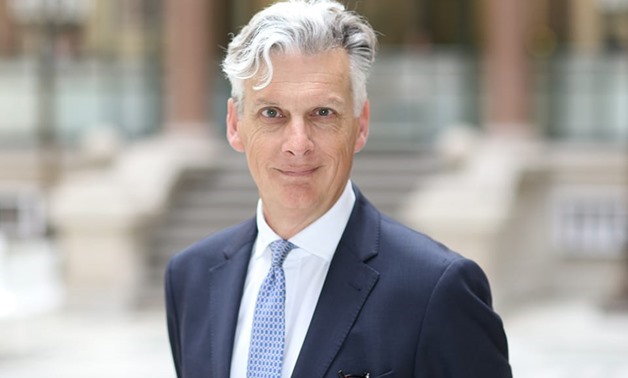 CAIRO – 15 February 2019: British Ambassador to Egypt Sir Geoffrey Adams said on Thursday that Egypt is on its way to becoming an energy hub for the region.

Commenting on a $325 million agreement between the Egyptian Electricity Transmission Company (EETC) and Britain’s Lekela Power to build a 250 MW wind farm in the Gulf of Suez, Adams added that several leading British companies will be supporting Egypt to help it achieve its goal.

“I am proud that this week alone, BP, Shell and Actis made new investment announcements in Egypt, creating job opportunities and pushing the Egyptian economy forward,” Adams said.

In a Thursday statement issued by the British Embassy in Cairo, it was stated that the wind farm will help Egypt achieve its plan to produce 20 percent of its energy from new and renewable sources by 2022.

UK investment in the renewable energy sector in Egypt has been witnessing consecutive boosts; Recently, the UK Export Finance announced its support to the Tahrir Petrochemical Complex, which aims at doubling Egypt’s total exports, with around $1.6 billion fund.

This week, 33 leading British companies are showcasing their expertise in the oil and gas sector in this year’s edition of the Egyptian Petroleum Show (EGYPS.) Out of these exhibiting companies, 20 are exploring potential opportunities for the first time.

The British Ambassador visited the exhibition and met with leading business figures who expressed keenness to invest in the Egyptian market.

Sir Adams also met with the CEO of BP Group, Bob Dudley; and Stuart Jones, regional president for Europe and Middle East at Bechtel, and discussed running British investments in the energy sector, and their plans for future growth.

This energy delegation coincides with a high-ranking visit of British experts in the fields of healthcare and energy as they explored new opportunities for investment in a broad range of fields.