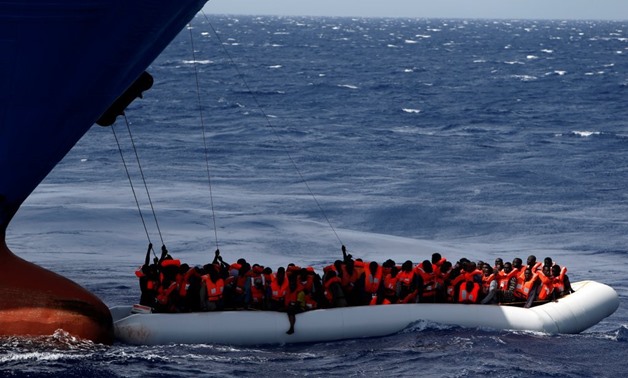 CAIRO - 7 February 2019: Egypt's Attorney General Nabil Sadek ordered the detention of 22 defendants for four days pending investigations over joining gangs smuggling Egyptians and foreign refugees in the region to European and other states.

The Administrative Control Authority (ACA) and the Ministry of Interior collaborated to arrest 71 defendants on Tuesday affiliated with four gangs involved in smuggling people in the governorates of Cairo, Giza, Beheira, Kafr El-Sheikh, and Gharbia.

The ACA is the regulatory body responsible for enforcing laws and regulations within state bodies.

The defendants have been involved in smuggling migrants to 14 European countries, the United States, and Canada, according to the ACA's investigations.

The gangs used to forge documents that are issued by local and foreign governmental institutions such as marriage contracts, birth certificates, personal financial statements, bank statements, documents issued by the civil registry, complaints filed at police departments, and court verdicts, according to the investigations.

The purpose was to manipulate foreign governments and convey that migrants are being subject to religious and political discrimination so they would get asylum, and support by human rights organizations, according to the investigations.

The investigations also revealed that defendants had committed bribery, and illegal currency trading as they used to receive remittances from expats in foreign currencies, and deliver them to their families in the Egyptian pound. In December, the ACA announced detecting an international network for human trafficking and arresting its members, including Egyptians.

A number of 20 Egyptian, Arab and European individuals were involved in the network, according to the ACA. The individuals are facing charges of exploiting the need of some women and pressuring them to participate in immoral acts, the statement read, referring to illegal sexual acts.

The network’s members are also accused of bringing drugs from Turkey and India, including Heroin, Tramadol and Crystal methamphetamine (ice) to promote them for young clients, the statement read.

Also in May, the attorney general referred 40 defendants to the Criminal court on charges of human trafficking and smuggling migrants.