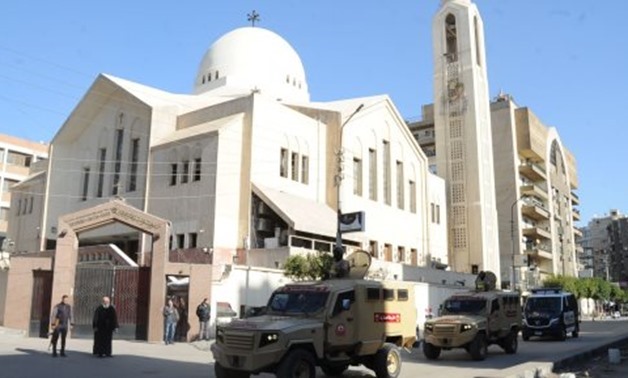 File: Egyptian Security Forces outside a Church in Cairo

CAIRO - 5 January 2015: An Egyptian police officer was killed on Saturday while attempting to defuse an explosive device found at a church in an eastern Cairo suburb, state television reported, less than two days prior to Coptic Christmas celebrated by Egypt's Christians.

There was no immediate claim of responsibility for the incident and no official confirmation from the government.