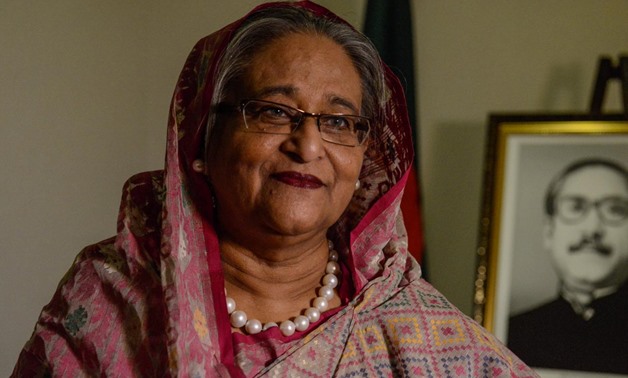 DHAKA - 30 December 2018: Bangladeshi Prime Minister Sheikh Hasina considers being called authoritarian by the western media a "badge of honour", the leader's son told Reuters on the eve of a national election on Sunday.

Hasina, who is widely expected to win a third straight term in office, has been hailed domestically for fast economic growth in the past decade and internationally for providing refuge to Rohingya Muslims fleeing persecution in neighbouring Myanmar.

But her government has been accused of suppressing dissent and jailing critics, including many supporters of the main opposition Bangladesh Nationalist Party (BNP). Many journalists say she has intimidated the media by using vaguely worded laws against them.

Hasina's son Sajeeb Wazed, however, told Reuters there was space for dissent in the Muslim-majority country of 165 million people, and that the Western media was unfair in its portrayal of his mother.

"You know what my mother told me this morning? 'Branded authoritarian by the Western media now is a badge of honour'" Wazed, who lives in Washington D.C. and runs an IT business in the United States, said in the prime minister's official residence in Dhaka.

He later clarified on Facebook that his mother compared herself to Mahathir Mohamad of Malaysia and Lee Kuan Yew of Singapore, who he said were both called authoritarian by Western media when they were leading their nations to development, "yet are considered heroes now."

In the interview, Wazed also rebutted criticism that the space for free speech is shrinking under the current government.

"Don't you see anti-government posts on Facebook? Do you not see that? You are free to write whatever you want but you are not free to hurt someone. If you write something false and that causes an attack on someone, should there be no consequences?"

He said the ruling party would reconsider a tough new media law it introduced and another it has tightened if it retains power.

The 47-year-old, who entered politics reluctantly and has declined to take a senior position in the ruling Awami League, said he was not keen on becoming prime minister.

"Anything is possible, but interested? No. Possible perhaps, but only time will tell," said Wazed, who is also the information and communication technology adviser to the prime minister.

The BNP, which is fighting this election as part of an alliance after boycotting the last one in 2014, says more than 8,200 leaders and activists of the alliance have been arrested since the election schedule was announced early last month. It added four workers had been killed and more than 12,300 injured in various assaults in that period.

The Awami League has denied any role in the violence.

Wazed dismissed accusations that the ruling party had "manipulated" police and the judiciary to get BNP chief and former Prime Minister Khaleda Zia jailed in February on corruption charges to weaken the opposition before the election.

Khaleda's son and acting BNP chief Tarique Rahman, who lives in exile in London, faces imprisonment if he returns home after a court in October sentenced him to life in jail over an alleged plot to assassinate Hasina in 2004, when she was in the opposition. He denies any such plot.

"If courts and police are manipulated why did it take a decade to convict Khaleda Zia and her son? Why did it take us so long?" said Wazed, who speaks with a U.S. accent.

He said if the Awami League formed another government, it would look at raising the minimum wage for workers in the garments industry, which generates sales of more than $30 billion a year and is the biggest after China's. It only recently raised the level for the first time in five years, though workers have asked for more.

"Our goal is to move up the value chain," he said. "We don't want to stay stuck on the garments sector."