20 e-government services to be provided in 2019 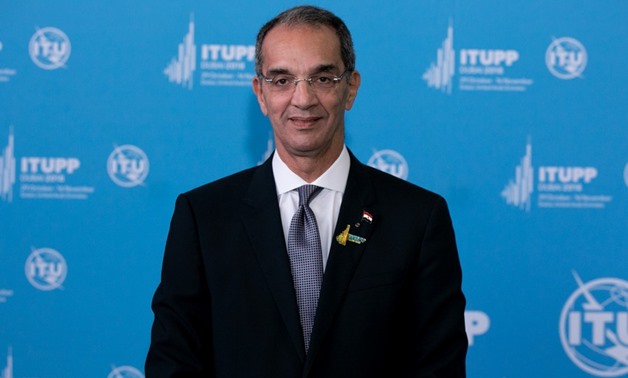 CAIRO - 26 December 2018: The government plans to provide 20 e-government services in 2019. The electronic services are set to be introduced through five outlets, including Egypt's Post and the government's digital gate.

The unified card dubbed "Miza", which is set to be issued by the Central Bank of Egypt, is also one of the ways the government is walking through to turn to an electronic system, where all governmental services willbe provided online in the future.

In an interview with Egypt Today, Amr Talat, minister of communications and information technology, said the new system will include providing services related to the Interior Ministry such as renewing the traffic license and obtaining clearance certificates.

The system will provide Civil Registry services, including renewing the national identity card and obtaining marriage and divorce certificates. Talaat also revealed that soon marriages will be documented on tablets instead of the traditional notebook, and that marriage certificates will be issued electronically.

Documenting marriages electronically will help limit the marriage of minors and underage girls, and provide immediate information required for databases, the minister added.

Citizens who receive the e-government services will be checked via their mobile telephone numbers, Talaat said, explaining that a citizen's name will be electronically linked to his or her phone number to help the service provider reach their customer successfully.

Concerning paying for the services,Talaat said that payment will be made available online through the governmental unified card "Miza", affirming that citizens can also pay in cash after receiving the service.

Local services are set to be part of the services that will be offered electronically next year, according to Talaat. He also said that the government started an experimental operation of the local services in Alexandria and Port Said, adding that services will be provided to citizens through post offices.

Thee-government services will depend on the Egyptian information structure, Talaat said. He explained that there are services that require verifying the information provided, including obtaining birth, marriage and divorce certificates, while some services do not require information.

The Egyptian State, under President Abdel Fatah al-Sisi, has taken firm and rapid steps in the transition and transformation into an integrated digital society.

The use of information technology in our daily lives has been on the rise; health insurance information systems have now become reality in Egypt.

Talaat revealed earlier that the unified card system aims to facilitate the provision of services and the delivery of subsidies to those who deserve them. Each card will be linked to a bank account or an Egypt Post account, Talaat said, adding that opening new bank accounts for some 28 million people,who use government services, will help enhance financial inclusion.

Former Prime Minister Sherif Ismail witnessed in March the signing of a cooperation protocol between the ministries of health and communications to automate the comprehensive health insurance system in Egypt.

FILE- Former PM Sherif Ismail witnesses the signing of a cooperation protocol between the ministries of health and communications
In a press conference held at the Cabinet, former Minister of Health Ahmed Emad said that the new system will initially include the geographical distribution of Port Said city’s residents, where the new health insurance law will be first applied.

Former Minister of Communications Yasser el-Kady said the ministry will provide citizens with unified smart cards that include all necessary information required for health insurance system, such as medical records, in accordance with the cooperation protocol.

In December 2017, the Parliament approved the comprehensive health insurance law drafted by the government and submitted in October after discussing the Health Committee’s report on the law.