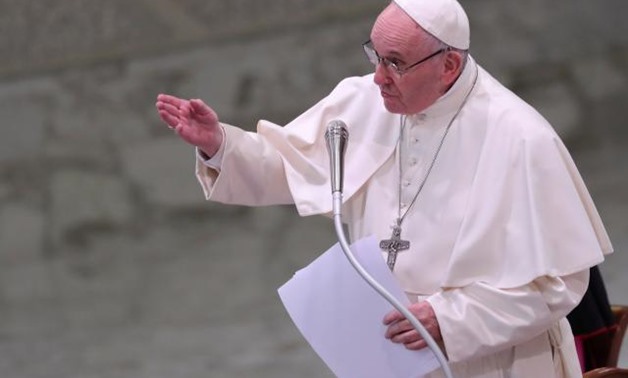 VATICAN CITY (Reuters) - Pope Francis has given the homeless a Christmas gift of a new clinic in St. Peter’s Square where they can get free medical help, the Vatican said on Saturday, announcing his latest move to help Rome’s destitute.

The Rome Catholic charity Caritas estimated late last year that there are more than 16,000 homeless in Rome and their number congregating near the Vatican has grown visibly in recent years, especially at night when they cluster under arcades to sleep.

The new clinic with three visiting rooms will be open three days a week and will be staffed by volunteer doctors from the Vatican medical services and Rome hospitals.

Foot specialists will be available once a week. Charities say homeless people suffer particularly from foot ailments because they rarely remove their socks and shoes, and also wear ill-fitting shoes, causing ailments such as fungal infections, blisters and calluses.

The new clinic replaces an older temporary one nearby, also set up by the 82-year-old Francis. He has also opened facilities where the homeless can bathe and get haircuts.

When it is not serving the homeless, the new clinic, built on the premises of the old Vatican post office, will serve as a first aid station for pilgrims and tourists.