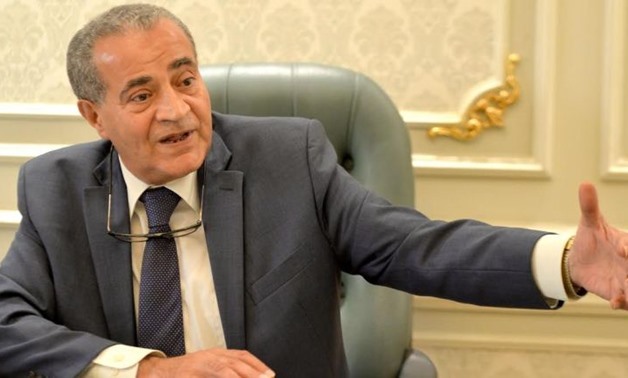 Uruguay realizes Egypt’s value in the Middle East and its strategic location, and considers it as the gate for Africa. Thus, it aims at boosting trade exchange and cooperation with the country. That is in addition to strengthening trade ties with the Arab World.

The delegation proposed transferring Uruguay’s expertise and technology in dairy industry to Egypt. It also officially invited the minister to visit Uruguay.

The Latin American country’s Ambassador Enrique Ribeiro said that both countries have been eager to deepen bilateral economic relations since the visit by Uruguay's President Tabare Vazquez to Egypt in 2017.

In October, Deputy Minister of Agriculture Mona Mehrez and the ambassador discussed boosting exports between the two sides to benefit from signed free trade agreements.

Uruguay seeks to export meat to Egypt while the latter seeks to open markets in Uruguay for its crops of citrus and grapes.

Mehrez agreed with the diplomat to hold another meeting in November to review the issues due to be raised during a visit by an Uruguayan business team in December.

She said that the ministry is preparing for a meeting between Egyptian and Uruguayan companies to review Egypt's exportation of fruits and vegetables to the Latin American country's markets.