By: Reuters
LONDON - 21 November 2018: Lowering the fees migrant workers pay to send money home could result in $1 billion more being spent on education in developing countries, the United Nations said on Tuesday.

Financial institutions are under pressure after a report by UNESCO, the U.N. body for education, found the charges to send money to some countries were too high.

"It isn't fair at all," said Manos Antoninis, the director of the report.

"Some remittance corridors in Africa carry fees of over 20 percent ... The fact people are still prepared to transmit money even through these tunnels means there is a desperation and a need for such funding to be used by families in the poorest countries."

Remittances sent by migrants working in rich countries are a substantial source of income for many households in Africa, Asia and Latin America, and can help to lift families out of poverty by providing financial stability.

A total of $613 billion was sent globally in 2017 – a sum far higher than official development aid – with the majority going to low and middle-income countries, the World Bank said.

In some countries such as Kyrgyzstan, Nepal and Liberia, the money makes up more than a quarter of national GDP, it said.

However, costs remain high, at an average of about 7 percent of the total sum sent, according to UNESCO's 2019 Global Education Report.

World leaders have pledged to cut the cost of sending remittances to 3 percent under the sustainable development goals.

If the target was met, it could save migrants more than $25 billion each year and lead to $1 billion extra spending on education by families, the report said.

Traditional banks are the most expensive, with average fees of more than 10 percent, while costs to send money to some regions such as sub-Saharan Africa average about 9 percent.

Critics have called for more regulation and increased competition in the markets to help ensure migrants have affordable options and costs are transparent.

"Big, well-endowed companies have managed to carve out monopolistic positions and the maintain them through very clever marketing," Leonard Doyle, a spokesman for the International Organization for Migration, told the Thomson Reuters Foundation.

"For example, one of the biggest remittances companies ... will have sales persons at church meetings all across America every Sunday."

Financial groups said work to digitise financial services was lowering the cost of payments, including remittances.

"More people than ever before benefit from access to the global financial system," said Dylan Riddle, a spokesman for The Institute of International Finance, the global association of financial institutions.

"In order to serve the remaining underserved population – nearly 2 billion people around the world – we'll need banks, policymakers and NGOs to work together to eliminate existing obstacles and explore new solutions." 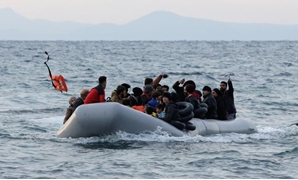 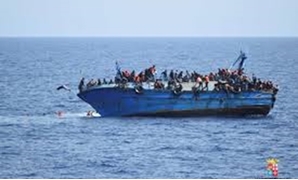 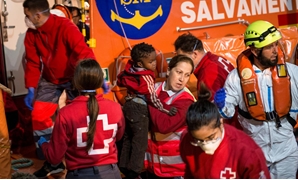