75% of the world population to be hit by water scarcity: WYF speaker

By: Egypt Today staff
CAIRO - 5 November 2018: The session titled “Day Zero: Water security in the wake of climate change” took place on Nov.5 in Sharm El Sheikh within the agenda of the 2018 World Youth Forum (WYF).

As forty percent of the world population are youth, water scarcity will affect young generations the most in the near future, President of WYPW, and Research assistant for the Dean of Agriculture and Food Sciences at the American University in Beirut (AUB) Lindsey Aldaco-Manner.

“We should train journalists to cover climate change topics so they would become the link between science and public,” Journalist and President of the Egyptian Youth Parliament for Water Amira Sayed. 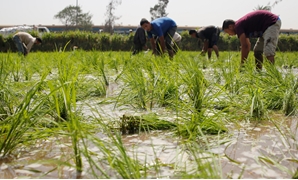