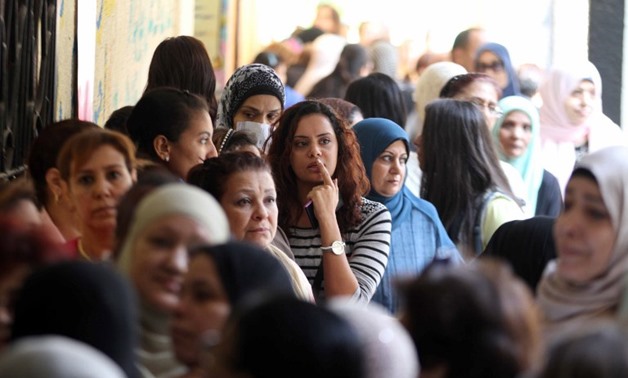 Egyptian women queue at a polling station in the capital Cairo on Nov. 22, 2015, on the first day of the second and final round of the country's parliamentary elections - AFP

By: MENA
CAIRO - 22 October 2018: The first training course for female supervisors of public elections started here on Monday, organized by the Arab Women Organization in cooperation with he Westminster Foundation for Democracy (WFD) in Egypt.

The three-day course aims to enhance the proficiency of Arab women in supervising elections and to form a skillful team of Arab women election supervisors in the Arab states.

The training is part of the potential-building program 2018 of the Arab Women Organization, the organization's Director General Dr Fadia Kiwan said during the opening session of the course.

She expounded the organization's programs related to women so far, noting that the organization is a source of knowledge and expertise in the field of serving Arab women through the studies and researches it conducts in numerous women-related fields.

Head of the National Election Authority Lashin Ibrahim expressed his appreciation of the invitation he received to take part in the training course directed to women who have shown great interest in participation in the elections.

The NEA is the first independent body to run the presidential, parliamentary and municipal elections in all stages. 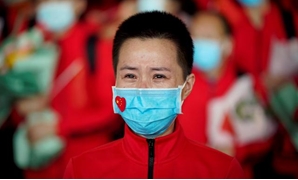