EU says Brexit deal can be done, but UK must act now 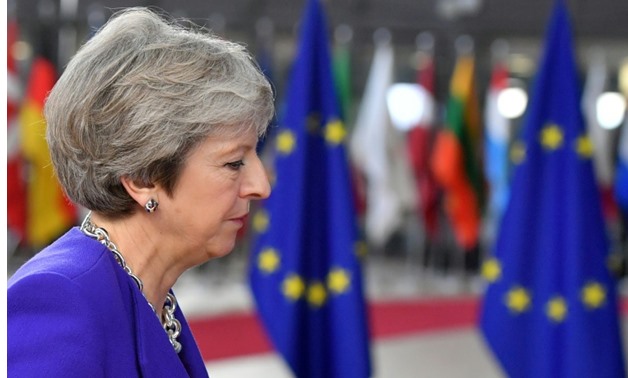 PARIS - 19 October 2018: European Union leaders warned Britain on Thursday they would offer no more concessions to break the deadlock in Brexit negotiations but expressed confidence that a deal can be done before the country leaves the bloc next March.

A Brussels summit wrapped up without progress after British Prime Minister Theresa May offered no new proposals, beyond suggesting she could accept a longer transition period after Brexit.

German Chancellor Angela Merkel said she was optimistic that a deal could be struck to avoid the potentially catastrophic prospect of Britain crashing out without agreement.

But several leaders said it was up to May to act.

"We have identified all potential scenarios from a technical point of view," French President Emmanuel Macron said as the summit wrapped up.

May has been struggling since the 2016 referendum vote to leave the EU to reconcile the demands of her eurosceptic Conservative party with the realities of negotiating with Brussels.

Her difficulties were laid bare by the fury sparked back home at her suggestion that she could extend a post-Brexit transition period to address the fraught issue of the Irish border.

Dutch Prime Minister Mark Rutte, traditionally an ally of May's in the bloc, said "we have the instruments on the table and it should be doable".

"More than ever, the ball is in Britain's court," said Belgian Prime Minister Charles Michel.

European Council President Donald Tusk had asked May to come up with "concrete proposals" to resolve the Brexit deadlock when she addressed the other leaders before they held a summit dinner without her on Wednesday.

But officials said she made no such offer, instead pointing to progress made so far and urging them to have "courage" to find a deal.

The 27 leaders then refused to sign off on a special November summit planned to seal the divorce deal, pushing any agreement back to a December summit -- just four months before Brexit.

May said however that she might accept the EU's suggestion of extending the post-Brexit transition phase for a few months beyond December 2020 to allow more time to find a solution to the Irish border question.

Both sides have agreed there should be a legally-binding "backstop" arrangement to avoid frontier checks between British Northern Ireland and EU member Ireland if and until a new trade deal solves the issue.

This would come into effect after the transition ends -- but both sides strongly disagree on its terms, and the issue is holding up the rest of the Brexit talks.

"I think this is giving us some room to prepare the future relationship in the best way possible."

But several EU nations expressed reservations that any extension would resolve the Irish issue, with both sides wedded to their positions.

The EU suggests that Northern Ireland stay aligned to its single market and customs union until a new trade deal is agreed, but London says this would damage the integrity of the UK.

It proposes instead that the whole United Kingdom temporarily follow EU customs rules, but Brussels has said any backstop cannot, by its nature, be time limited.

A senior British official confirmed Thursday that London's position has not changed, although Irish Prime Minister Leo Varadkar suggested there might be room for compromise.

After talks with May on Wednesday, Varadkar said "we all recognise" that the British backstop would only apply until a trade deal is in place, so it would be "temporary, but cannot be time-limited".

May sidestepped the issue at her end of summit press conference, where she pointed to EU expressions of goodwill as proof that a deal could be done.

Merkel said: "Where there's a will, there should be a way."

And Tusk added: "What I feel today is we are closer to final solutions and the deal. But it's maybe a more emotional impression than a rational one."

May conceded: "There will be more difficult moments as we enter the final stages of the talks, but I'm convinced we will secure a good deal."

While the transition extension may not break the deadlock, it energised her critics in London, who warned Britain could not be indefinitely tied to the EU.

May suggested she did not expect any extension to be used, because she expected a trade deal before December 2020.