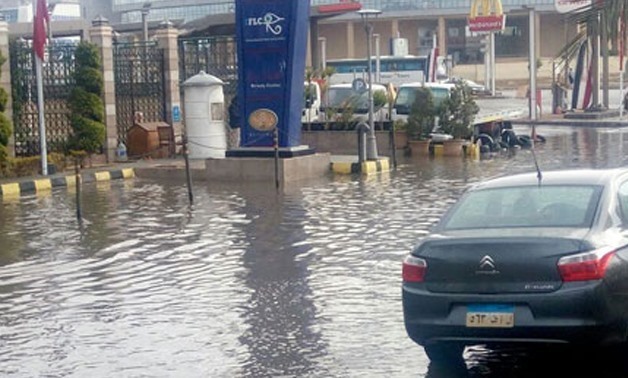 A wave of bad weather and rainfall at the 5th settlement district in Cairo on Jan. 25, 2018

CAIRO – 15 October 2018: Head of the Egyptian Meteorological Authority (EMA) Ahmed Abdel Aal denied that Egypt is going to face a tsunami wave, affirming that this piece of information is not accurate.

In a statement issued by the government on Monday morning, Abdel Aal said it’s not logic that Egypt will be hit by a tsunami wave because it is not one of the Atlantic countries. He added that Egypt might only be facing a strong wave of rains during the coming period.

He said that all the details about expected rains or floods will be announced by EMA.

Egypt’s weather has fallen noticeably, according to Abdel Aal, during the past days.

On Saturday, EMA warned from a cold wave and a huge fall in temperatures. It was stated that there is a chance Egypt will witness rains and floods especially in the mountainous areas.

EMA also advised drivers to be careful and look out for the heavy fog.

CAIRO - 2 September 2018: The floods, which hit Egypt's Saint Catherine over the past two days, resulted in the accumulation of around 10,000 cubic meters of floodwater, said the Ministry of Water Resources and Irrigation.