Egypt to host 'Defenders of Friendship 3' military drills with Russia 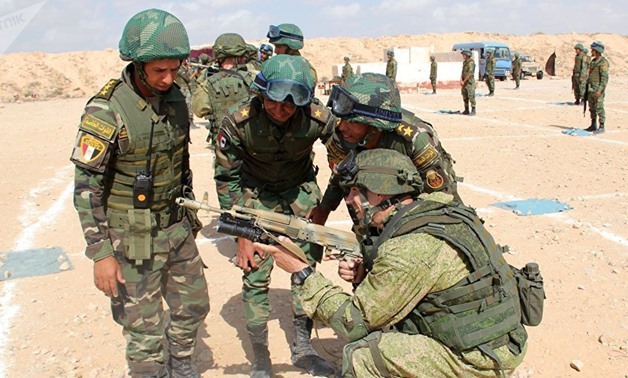 CAIRO – 15 October 2018: Egypt will host the joint drills “Defenders of Friendship 3" of Egyptian and Russian paratroopers from October 24 to 26.

The two countries’ paratroopers will exchange training experiences on a number of combat activities, including Special Forces' training, counter-terrorism tactics, freeing hostages and storming facilities based on the latest modern training systems.

The training comes as part of the cooperation between Russian and Egyptian Armed Forces.

Egypt's joint military exercises for 2016-2017 included 30 trainings with 20 Arab and African countries. The Egyptian Army participated in joint military drills and exercises with some of the top armies in the world.

In September 2017, The Egypt-U.S. military maneuvers known as the “Bright Star 2017” was launched, and took place at the combat training complex at the Mohamed Najib Military Base in the northern military zone.

These military trainings come in light of the joint training plan of the Egyptian Armed Forces, which aims to exchange training experiences and establish military cooperation with friendly countries.

“The training comes in light of the military partnership and cooperation and the coordination of efforts between the Armed Forces of the two brotherly countries to reach the highest levels of efficiency and combat readiness,” the Armed Forces statement said.