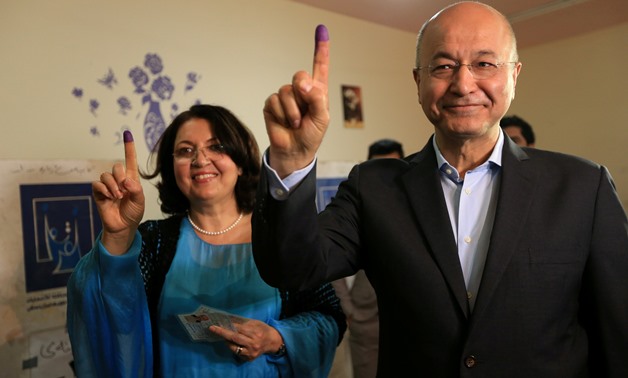 FILE PHOTO: Barham Salih, Former Prime Minister of Iraq's Kurdistan Regional Government and Head of the Coalition for Democracy and Justice with his wife show their ink-stained fingers after casting their votes at a polling station during the parliamentar

"Today is a remarkable day for Iraq. Democracy won," said lawmaker Rebwar Taha from the Patriotic Union of Kurdistan, the party that nominated Salih, who won the votes of 219 lawmakers, according to state television