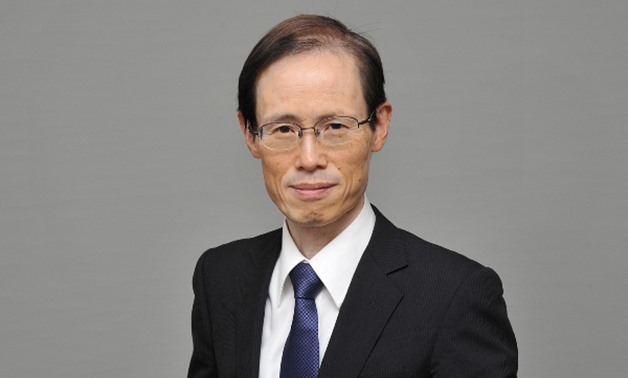 Masaki NOKE, Ambassador Extraordinary and Plenipotentiary of Japan to the Arab Republic of Egypt - Photo from Japanese embassy official website

CAIRO - 22 September 2018: The Japanese Ambassador Masaki Noke stressed that Egypt has a great civilization, adding that enhancing joint ties is a top priority for the best interests of the two peoples.

The remarks came during the conference held on Saturday at Cairo University under the rubric "150 years since Meiji Period's reforms - how to benefit from the Japanese experience".

The diplomat pointed out that the Japanese people have been keen on benefiting from other countries to achieve scientific and social development and at the same time preserve the Japanese identity.

Noke further asserted that a Japanese delegation visited Egypt in 1860 as they studied the judicial system, noting that the Egyptian universities have specialized departments to teach the Japanese language.