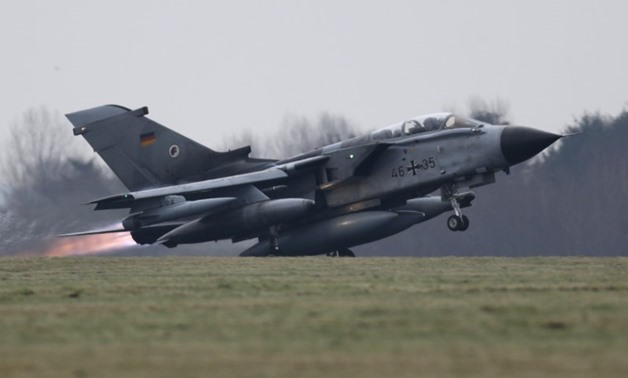 BERLIN - 12 September 2018: The German military has asked potential bidders in a high-stakes competition to replace its ageing Tornado fighter jets about accelerating deliveries of new warplanes before an initial target date of 2025, sources familiar with the matter said.

The defence ministry posed the question in early August in a follow-up to its initial request for information from Europe's Airbus and Lockheed Martin and Boeing, both from the United States, the sources said.

The ministry had no comment on the latest twist in a tender that could be worth billions of euros. One of the sources said the request signalled concerns about the growing cost of servicing the current fleet of 85 operational Tornado jets.

Defence Minister Ursula von der Leyen says she favours a European solution - the Eurofighter Typhoon built by Airbus, Britain's BAE Systems and Italy's Leonardo SpA - but Lockheed and Boeing still hope for a chance to bid for the work.

Airbus and the U.S. government submitted data this spring about the four fighter jet models under consideration - the Eurofighter, Lockheed's F-35, and the Boeing F/A-18E/F or F-15E.

Germany is studying a number of options, including buying one type of jet to replace the Tornado jets, a split buy of two aircraft types, and a service life extension of the Tornado jets, according to multiple sources familiar with the process.

Germany has also asked Washington for information about the possibility of leasing Boeing F-15 fighter jets, two sources said, although that is seen as an unlikely outcome.

Von der Leyen in July said she expected a preliminary decision on the next steps by the end of the year.

One proposal calls for Germany to buy 40-45 Lockheed F-35 jets to replace those Tornados that can carry nuclear bombs, and about 75 new Eurofighters to replace both the other Tornados and a first batch of Eurofighters delivered between 2003 and 2008.

Buying F-35s would allow Germany to keep a mixed fleet of fighter jets, a key requirement in its military strategy, while averting costly and time-consuming modifications to the process of certifying the Eurofighter to carry nuclear bombs.

Although not a nuclear power, Germany hosts some U.S. nuclear warheads under NATO's nuclear-sharing policy and operates a number of Tornado warplanes that can deliver them.

The U.S. has told Germany it could take 12 to 18 months to study the Eurofighter certification issue.

German industry executives are pressing for quick answers, given that the already high cost of keeping the Tornado jets flying could rise once Britain and Italy phase out their fleets.

"The cost of spare parts and operations keeps going up," one industry executive said.