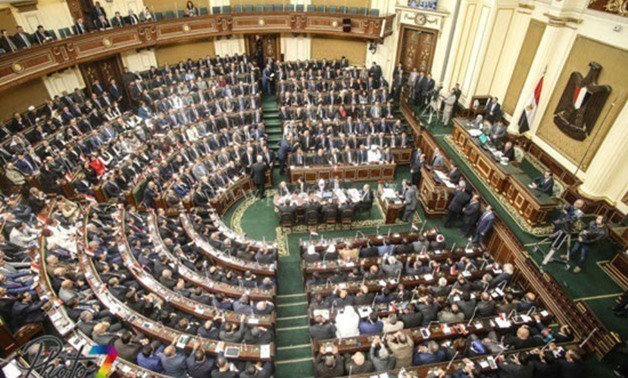 CAIRO – 4 September 2018: Parliament’s Religious and Endowments Affairs Committee will hold a meeting in the beginning of the fourth round, scheduled for October, with religious institutions and relevant ministries to follow up the measures taken to renew the religious discourse.

Osama el-Abd, head of the Religious and Endowments Affairs Committee in the Parliament, said that the committee aims to combat terrorism and renew the religious discourse; hence, the committee will hold a meeting with religious institutions and relevant educational institutions to be acquainted with the measures and mechanisms taken by the entities in this regard.

Abd added that a committee has been formed to clean out educational materials from extremist ideas inciting violence.

In the same context, Undersecretary of the parliamentary Religious Affairs Committee, Shoukry al-Gendi, confirmed that the committee follows up the measures taken by Al-Azhar, Ministry of Endowment, Dar al-Ifta, the Church, and the ministries of culture, education, higher education, youth and sports, and social solidarity to combat extremism, terrorism and intolerance and respond to ideas inciting violence.

He further remarked that the Ministry of Youth and Sports supports youth centers across Egypt, particularly in villages, to protect youth from extremism and radicalization and offers new job opportunities, supporting micro and small enterprises to end unemployment.

Grand Mufti Shawky Allam contended on August 24 that Egypt has already embarked on a large-scale moderation process of its religious discourse.

In press remarks, Allam said that the process is set to explore new and effective ways to combine community organizing strategies with technology and social media to address extremism and spread the values of tolerance and acceptance of others from different religions and cultures.

Egypt is on the road to renewing the religious discourse after all mosques have been placed under the Awqaf’s authority, according to Mohammad Mukhtar Jumaa, the minister of endowments (awqaf).

Egyptian President Abdel Fatah al-Sisi has repeatedly called for renewing the religious discourse as part of the war against terrorism. In order to curb extremist ideology that was often preached by extremist figures, mosques needed to be put under the Ministry of Endowments' jurisdiction.

Jumaa said that the first stage of renewing religious discourse was the "purification stage" before taking control over the minbar. This meant purifying the minbar of extremists who spread violent ideas among citizens.

“There used to be very important mosques outside the control of the ministry, such as Asad Ibn al-Forat Mosque, Al-Aziz bellah Mosque and Al-Qaed Ibrahim Mosque in Alexandria,” said Jumaa.

According to the report, "The International Religious Freedom in Egypt" released by the U.S. Department of State in 2016, President Sisi has called on scholars to renew religious discourse to combat extremist ideology. Sisi has repeatedly stressed that defeating terrorism is on top of his priorities and renewing religious discourse is one way to do that.