Swamps of termites in Luxor: Facts about the insect, treatment 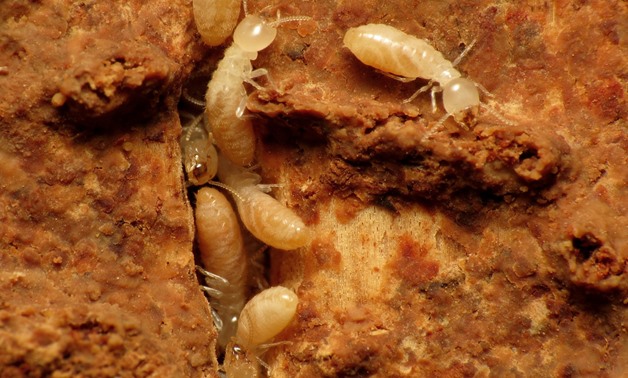 CAIRO – 22 August 2018: Four cities in Upper Egypt’s Luxor governorate have been invaded by swamps of termites, causing noticeable damages in houses due to infestation.

Families have reported piles of termites occupying the walls, doors and ceilings of their houses, causing wood excavation and sagging floors. Wood storage is reportedly one of the reasons for their appearance in large numbers.

The government has announced that an emergency campaign managed to eliminate the insect in 215 houses in Luxor over the past 48 hours.

“The scale of the extensive damages affecting the households of citizens is so alarming and some of those houses are likely to collapse. Quick and effective measures must to be taken rapidly to stop the substantial attacks from occurring,” said Mahmoud Ibrahim, one of the citizens living in the governorate of Luxor.

Per Prime Minister Mostafa Madbouly’s directions, the campaign sees concerted efforts of ministries of Agriculture, Environment and Health, in addition to directors of local municipalities.

Termites (also known in Arabic as white ants) usually appear in warm, dark and moist places. That is why certain species of termites dig deep into the soil during the winter until they are warmer. Noises of termites during activity are faint and rarely heard.

Ways to control the insect include using wet traps to attract them and spraying the wood with boric acid. Termites bite and attack wood, but they do not bite humans.

Termites are in Luxor largely due to negligence, according to Khaled Abdel Rady, the undersecretary of the Agriculture Ministry in Luxor, since many residents do not apply preventive measures and pre-construction treatment to the soil.

The storage of agricultural leftovers of firewood, straw inside the houses and in the surrounding areas is also a malpractice that attracted large numbers of termites to houses, Rady told Egypt Today.

The cities that are the most affected by the spread of termites are Kurna, Armant, Esna and El-Tod, and are located on the west bank of the River Nile.

The Ministry of Agriculture has formed operation rooms at Egypt’s Veterinary Medicine Directorates to receive citizens’ complaints and intensify its monitoring of veterinary campaigns to the markets of cattle, sheep and goats.

It was reported that some residents refuse to apply the treatment as it requires digging 30 centimeters deep around their houses, where pesticides are poured.