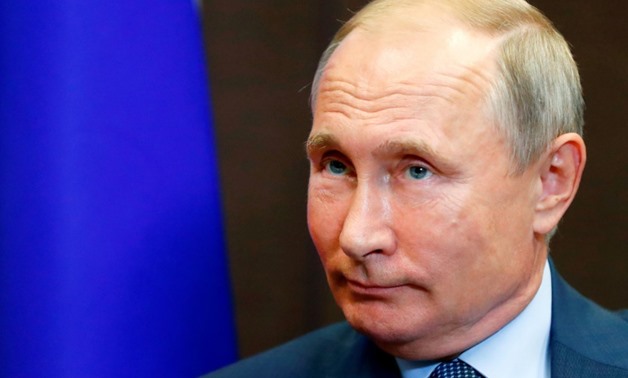 MOSCOW - 23 August 2018: Russian President Vladimir Putin on Wednesday called US sanctions against Moscow "counterproductive and senseless" after Washington warned that more "economic pain" was to come.

The latest raft of punitive measures did, however, lead to a dip in the ruble which came dangerously close to its lowest levels in two years against the dollar and the euro.

"Sanctions are actions that are counterproductive and senseless, especially against a country like Russia," Putin said during a press conference with his Finnish counterpart Sauli Niinisto in the Russian Black Sea resort of Sochi.

"I hope our American colleagues will realise that such a policy has no future and that we will start cooperating normally," he added.

Putin said the "problem" came not just from US President Donald Trump, but from what he called "the establishment".

His remarks came after senior US Treasury official Sigal Mandelker said Tuesday that Washington can inflict "much more economic pain... and will not hesitate to do so" if Moscow does not cease what she called "malign activity".

The US government has sanctioned Russian entities over the past several years for meddling in Ukraine, attempting to influence US elections and violating United Nations sanctions on North Korea.

Made public in early August and put into effect on Wednesday, the latest US sanctions are related to the Novichok poisoning of former Russian spy Sergei Skripal in Britain.

Russian officials maintain that the country's economy has not felt any major impact from the punitive measures.

Russian Foreign Minister Sergei Riabkov told RIA Novosti the US sanctions "have no influence on our policy," adding that they will be on the agenda Thursday in Geneva in talks between US national security advisor John Bolton and his Russian counterpart Nikolai Patrushev.

Trump and Putin met in Helsinki in July, their first bilateral meeting, after which the US president was highly criticised at home for being very conciliatory with his Russian counterpart.

Despite a lack of tangible improvement in relations, which are at their lowest ebb since the end of the Cold War, Putin on Wednesday reiterated that the meeting was "useful".

"I believe it was useful. Nobody counted on resolving all the disputed issues in the course of a two-hour conversation," Putin said.

The prospect of another summit between the two leaders has been postponed until next year due to the ongoing investigation into alleged Russian interference in the 2016 US presidential election and suspicions of collusion between Trump's team and the Kremlin.

Trump has also slammed Russia's plan for a gas pipeline to Germany called Nord Stream 2, and some in Washington have called for sanctions to target the project, an idea Moscow calls unfair competition.

"Russia is the optimal supplier to the European economy. We are ready to compete with everyone. We hope for a clean competition."