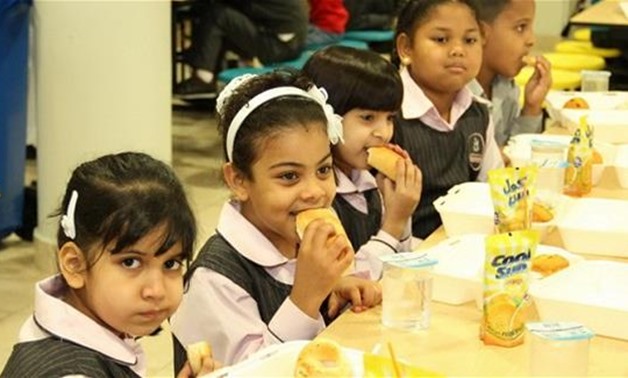 In a meeting with the ministers of social solidarity, supply, education, health, and local development, Madbouly highlighted the importance of continuously improving the school nutrition system to provide students with healthy and nutritious meals.

The school nutrition service costs the state about LE 972 million ($54.36 million), according to official reports.


In March, 2017, 312 students had food poisoning systems after eating the school meals in Souhag. Shawky subsequently ordered the suspension of the service which served over 11 million students until further notice.

The ministry assigned the Egyptian Food Safety Authority with supervising the factories producing the components of the school meal.

Randa Hala¬wa, an Education Ministry official responsible for preventing dropping out, announced that the meal will be cancelled for preparatory and secondary students and will only target primary and pre-school children, state-owned Al-Ahram reported.

Halawa said that each meal will consist of 50 grams of biscuits for pre-school children and 80 grams for primary school students. In addition, they will be provided with two pâtés, a halava bar and a date pie.

In a meeting with a number of ministers in March, President Abdel Fatah al-Sisi ordered carrying out changes in the way school meals are stored to prevent food poisoning.

In an interview on ON Live on March 10, Presidential spokesman Bassam Radi said that President Sisi tasted a date pie from the students' school meals to ensure the children’s safety.