By: Egypt Today staff
CAIRO – 7 August 2018: President Abdel Fatah al-Sisi ordered the opening of the Rafah border in order to ease the travelling procedure for Palestinians in the Gaza Strip seeking a Hajj Pilgrimage to Mecca.

The president ordered the opening of the gates on Saturday, August 4 through Tuesday, August 7.

Three thousand Palestinians were able to pass through the border in Rafah and reach Cairo International Airport to travel to the Kingdom of Saudi Arabia (KSA) and perform the upcoming Hajj Pilgrimage in Mecca and Medina.

This step was taken by the Egyptian side in order to support residents of the Gaza strip.

Meanwhile, officials at the Hamas political party are soon uniting at the party’s political office in Gaza for a convention aiming to discuss the approach offered by the Egyptian officials and the United Nations to discuss peace solutions helping residents of the Gaza strip live a better future.

Palestinians in the Gaza strip organized demonstrations on Friday, August 3 in memory of the martyrs at Jerusalem. 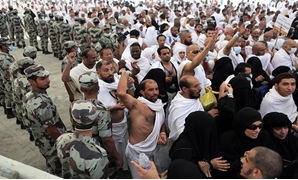