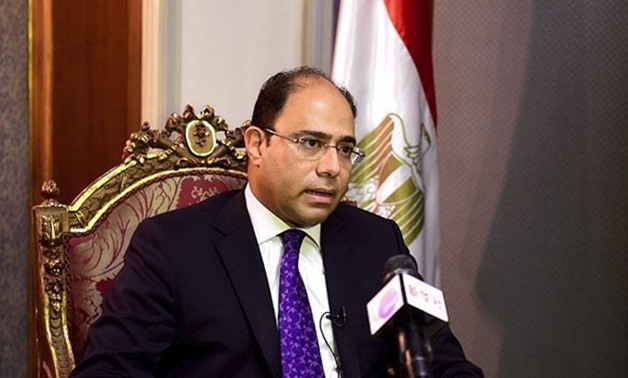 Mahsoob, former Minister of State for Parliamentary Affairs at the government of ousted MB president Mohamed Morsi, was released after 12 hours of his arrest in Catania, due to his dual citizenship, according to Abu Zeid.

“The Italian authorities affirmed that they will consider his legal situation and charges pressed against him by the Egyptian judiciary, regardless his dual citizenship,” Abu Zeid in official statement on Thursday, asserting that the ministry is following up the investigations with Italian authorities through our embassy in Rome.

Upon a request from the Egyptian Interpol office, the Italian authorities arrested Mahsoob in the city of Catania, located in Southern Italy, upon his arrival at Catania’s Airport on Wednesday, coming from France, where he resides, according to BBC Italy and Al-Dostour newspaper.

Few hours after his arrest, some Egyptian officials and lawmakers called for Mahsoob's extradition to be tried in Egypt over charges of "violence incitement."

"Mahsoob could be extradited to Egypt, according to an official from the Egyptian Ministry of Foreign Affairs who told Egypt Today on condition of anonymity as he was not authorized to brief the media, on Thursday.

Mahsoob is blacklisted by the Egyptian authorities and was previously sentenced to three years of prison for contempt of court. He escaped from Egypt in 2013, however, he was charged with several criminal verdicts by Egyptian courts due to legal and criminal offenses.

The Egyptian Syndicate of Lawyers withdrew Mahsoob’s membership in July 2018 after fleeing the country, for not practicing the profession and not paying the membership fees.

The fugitive MB leader obtained the Italian citizenship in 2016 after marrying an Italian woman.

CAIRO - 2 August 2018: Few hours after being arrested by the Italian authorities on Wednesday upon a request from the Egyptian Interop, Mohamed Mahsoob, former Minister of State for Parliamentary Affairs during the time of the Muslim Brotherhood's leadership, was released, said Italian news website Lettera 43 on Thursday.