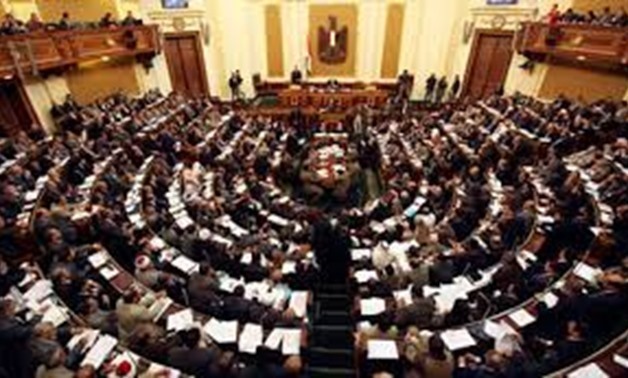 CAIRO - 30 July 2018: Reactivating the municipal councils again in Egypt is waiting for the House of Representatives that are still discussing the new local administration’s draft law.

Egypt lives without a local government since all municipal councils were dissolved after the 2011 revolution.

Member of Parliament Ali Abdel Wahed said that conducting municipal elections is a need to allow supervision over the markets and the executive body, and the House of Representatives is expected to end discussions on the local administration’s draft law in November.

Reforming the system in order to shape a democratic local government is a way to implement a decentralized system and is pivotal to increase the quality of citizens’ everyday life.

The local authorities are usually responsible for providing public services, determining specific local public needs, including the social, economic, environmental, recreational, cultural, community or general development of your area and work on how to meet them.

According to a study by the World Bank on decentralization and the closeness of government to the people, Egypt is ranked 114 out of 182 countries, which indicates that the government needs to implement a more decentralized system.

According to the new law, citizens will elect representatives to their local governing bodies who are vested with the authority to make decisions about public services in their locality.

At a time when people hope that the new administrative system focuses on providing quick and modern services that would eliminate corruption and manipulation, some are afraid that the local authorities could be corruption breeders again.

Member of Parliament Essam Edris said that the absence of the Municipal Councils caused many problems in public services, infrastructure and abounded achieving a sustainable vision for development and decentralization.

On the other hand, former Minister of Local Development Ahmed Zaky Abdeen said that former local councils did not have an effective role in contributing to the development of governorates.

CAIRO - 6 May 2018: The government plans to reactivate municipal councils, all of which were dissolved during the 2011 revolution, for being loaded with corruption and loyalists of former President Hosni Mubarak's regime.


The Ministry of Local Development has reportedly allocated specific portions from its 2018/2019 budget to local councils, implying the government’s intention to permit municipal councils to work once again, MP Yousry Al Asiouty, a member of the parliamentary committee for local development said in press remarks in May.

The local administration law will expectedly pass during the current parliamentary session and then the government will be able to hold the municipal election.

“The local elections will be held during the first half of 2019 after the local administrative draft law is passed by parliament,” parliamentary spokesman Salah Hassaballah told reporters, according to MENA.

“The House of Representatives is keen to pass the draft law during the current legislative period.”

The local administration law stipulates that 75 percent of the seats shall be dedicated to the single-member seats, while 25 percent goes to the candidates of the winning mixed-party list.

CAIRO - 11 July 2018: Mohamed Refaat, executive vice president of the National Elections Commission, said on Wednesday that the judicial supervision of local elections by the National Elections Commission is unprecedented. Refaat added during the round table organized by Al-Ahram Center for Political & Strategic Studies (ACPSS) that the NEC has overseen all the elections that took place in Egypt; the municipal, presidential and parliamentary elections.


Member of Parliament Ehab Abdel Azim said that reactivating the Municipal Councils will have the vision and resources to confront challenges from healthcare and housing to utilities and infrastructure. It will also help decrease bureaucracy and improve the government’s efficiency and eliminate the sources of corruption.

Following the 2011 revolution and the ouster of President Hosni Mubarak, municipal councils were dissolved, as their heads were unfairly elected during Mubarak’s era. The last local elections in 2008 were won overwhelmingly by the now dissolved National Democratic Party, the ruling party of the Mubarak era.

Since this dissolution, new elections have been delayed pending drafting of a new local administration law.

CAIRO - 4 April 2018: Egypt plans to hold its first local elections in a decade in the first half of next year, the state news agency MENA reported on Wednesday. Egypt has been without local councils since ‬June 2011, when a court dissolved them after the popular uprising that ended the 30-year rule of Hosni Mubarak.