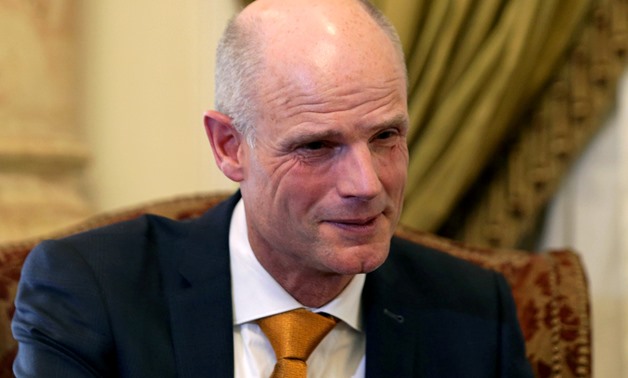 AMSTERDAM - 18 July 2018: Dutch Foreign Minister Stef Blok defended himself on Wednesday after coming under fire for saying multi-cultural societies could never be peaceful, and former colony Suriname was a "failed state" because of its diverse ethnic makeup.

"Give me an example of a multi-ethnic, multi-cultural society, where the indigenous population still live... where they live in a peaceful, societal union," Blok told a gathering of Dutch employees of international organisations. "I don't know of any."

Someone in the audience suggested Surniame, a former Dutch colony on South America's Atlantic northern coast populated mainly by the descendants of Asian indentured workers, African slaves and indigenous people.

"I admire your optimism," he replied. "Suriname is a failed state and that is very much linked to its ethnic composition."

Blok, a member of the conservative VVD party of Dutch Prime Minister Mark Rutte, made the comments at the gathering in The Hague on July 10, but the remarks came to wider attention only after video appeared on Dutch TV programme Zembla on Wednesday.

Blok told Zembla on Wednesday that his "aim was to stimulate an open exchange and to hear the participants’ experiences.

"My contribution during the question and answer session of the meeting partly was aimed in part at sparking a reaction from the audience. During the closed meeting, I used illustrations that could come across as badly chosen in public debate."

Suriname, which became independent from the Netherlands in 1975, has had an occasionally troubled political history.

President Desi Bouterse, in office since an election in 2010, previously ruled the country in the 1980s after taking power as the leader of a violent military coup. He was convicted in absentia in the Netherlands for cocaine trafficking, on charges he says were trumped up by the Dutch government.

Lawmakers from several Dutch political parties, including all members of the governing coalition, demanded an explanation for Blok's remarks.

Lawmaker Kees Verhoeven of a the centre left D-66 party, a coalition member, called the remarks "incomprehensible" in an open letter asking Blok for an explanation.

"The job of a foreign minister is to maintain diplomatic relations," Verhoeven said.

In the same video, Blok discussed African tribes and religious groups as examples of people's inability to get along.

"I can't see the difference between a Hutu and a Tutsi, nor between a Sunni or a Shi'ite," he said, referring to two central African tribes and the two major sects of Islam. "Unfortunately, they can. Probably somewhere deep in our genes, we want a defined group" to belong to, he said.