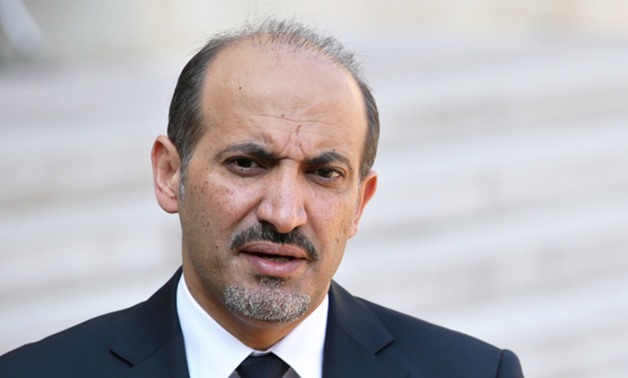 CAIRO – 17 July 2018: Egypt’s continuous efforts on the Syrian cause led to a ceasefire agreement on Monday between a number of armed opposition factions in the Syrian coast under Egyptian sponsorship, with Russian guarantee and the brokerage of Syria’s Al-Ghad Current (Tomorrow) opposition movement chairperson, Ahmed Jarba, according to several media reports.

The agreement stipulates participating in efforts to fight terrorism and work on reaching a political settlement to the Syrian crisis, besides the return of refugees and the displaced to their homes and the release of detainees.

The armed factions in the northern countryside of Homs, topped by Jaish al Tawhid, signed an agreement in Cairo under Egyptian sponsorship, Russian guarantee and brokerage of Jarba.

The agreement stipulates joining efforts of combating terrorism in Syria and establishing peace-keeping forces in the region.

The commanders of the factions participating in the meetings in Cairo thanked President Abdel Fatah al-Sisi for Egypt's efforts exerted to find a solution to the Syrian crisis and alleviate the suffering of the Syrian people.

In a previous press conference held in Cairo last August, Jarba affirmed that choosing Egypt as a sponsor in the ceasefires didn’t come out of nowhere, and he mentioned three reasons for the choice. “First, Egypt has not been involved in any conflict with Syrian parties, which are main factors in the ceasefire agreements, and it has not backed any armed Syrian faction. Second, Egypt has good relations with Russia (co-sponsor of the ceasefire). Third, Egypt’s role is confined to only mediation,” he said.

“Egypt’s brokerage is essential,” Jarba added, praising the Egyptian role in reaching the ceasefire in the eastern Ghouta region in Damascus, which was announced on July 23.

“We previously had reservations over the Arabs’ complete absence from the Syrian negotiations that have been hosted by Astana. So Egypt’s role in the negotiations for the Ghouta and Homs ceasefires was essential, as it was the only Arab country to play a role,” Jarba said in the conference.

He has consistently thanked President Abdel Fatah al-Sisi and the Egyptian government for their mediation efforts, which include hosting the negotiations and the signing of the agreement.

Jarba denied asking Egypt to deploy any troops to eastern Ghouta and Homs in order to guarantee the ceasefires. “If it was either necessary or required, we would’ve asked the Egyptian government to do so (deploy troops); but it’s not,” Jarba said, adding that Egypt has the final decision in this regard.

On July 23, the first ceasefire was announced in the Ghouta region in Damascus. The agreement signed with Egyptian mediation, according to the statement, came after three day-negations in the presence of representatives of the Syrian opposition, Syrian regime and the Russian Defense Ministry.

The agreement stated conditions include, “a complete cease-fire binding to all parties, the entry ban of all military troops into eastern Ghouta, building Russian observation sites inside Ghouta to monitor the parties’ commitment to the agreement.”

The second de-escalation deal was announced in an area in the northern Homs countryside on August 3.

Earlier this month, thousands of displaced Syrians were heading home after rebels and the government reached a ceasefire deal in the south following more than two weeks of deadly bombardment.

Under the agreement announced after talks between rebels and regime ally Moscow, opposition fighters will hand over territory in the southern province of Daraa near the Jordanian border.

Daraa is seen as the cradle of the uprising that sparked Syria's seven-year war, and the government retaking full control of it would be a symbolic victory for President Bashar al-Assad.

Calm reigned over the region on Saturday as the two sides finalised the ceasefire deal, according to the Syrian Observatory for Human Rights, a Britain-based monitoring group.

The Syrian political situation has been deteriorating since the protests that emerged with the Arab Spring revolutions in 2011, when the opposition created the “Free Syrian Army” to face Assad’s forces. The situation worsened when the Islamic State (IS) terrorist group began interfering in the country in 2014.