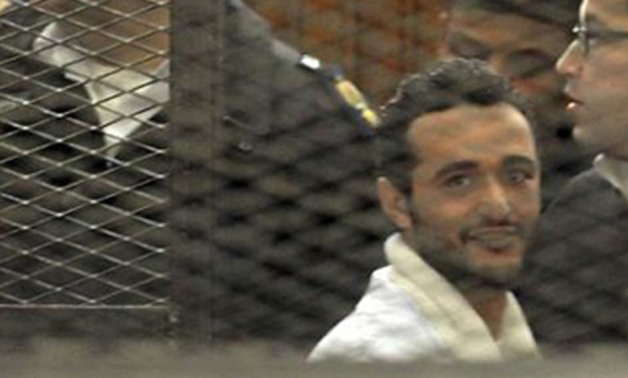 CAIRO - 12 July 2018: The Cairo Criminal Court has decided to adjourn to July 16 the retrial of activist Ahmed Douma in the case known in the media as "the cabinet violence case".

In October, the Court of Cassation annulled a life sentence handed down against activist Douma over the acts of violence that occurred outside the Cabinet headquarters in downtown Cairo in December 2011.

Douma had been accused of committing acts of violence, assaulting police officers and setting fire to buildings of the Cabinet, the former People's Assembly and the Shura Council, in addition to the Scientific Academy in December 2011.