Fouad added that the council received a high number of notices from citizens asking about the phenomenon, which confirms the citizens' awareness and keenness to obtain information through the council.

“In the last period, awareness campaigns have stepped up through channels to prevent the phenomenon and help people to know about the psychological and health problems caused by this phenomenon,” she noted.

Fouad stressed the presence of programs that further raise the citizens' awareness on the phenomenon through civil society organizations, noting that the council cooperated with the Public Prosecution and the Ministry of Interior to enforce the law and punish violators.

In the same context, member of the National Council for Motherhood, Azza al-Ashmawi, confirmed that during the coming period, other campaigns will be launched within the framework of the National Strategy against FGM to eliminate the phenomenon.

FGM is considered an attack on religion; it damages the most sensitive organ in the female body. In Islam, protecting the body from any harm is a must and mutilation violates this rule; therefore, if the parents of females who undergo FGM consent to the abhorrent surgery, they should be punished.

According to a study conducted by the World Health Organization (WHO), The Demographic and Health Survey in Egypt in 2000 showed that 97 percent of married women included in the survey had experienced female genital mutilation (i.e. FGM).

Over 94 percent of married women were exposed to genital mutilation, and 69 percent of those women agreed to the procedure being carried out on their daughters. Additionally, a pilot study by the Health Insurance Organization showed that 41 percent of female students in primary, preparatory and secondary schools had undergone FGM.

Another study by the Egyptian Ministry of Health and Population released in 2003 reported that Female Genital Mutilation (FGM) is a widespread practice in Africa, the Middle East and regions known for heavily adhering to outdated traditions and customs.

The practice consists of having the external part of female genitals cut as a method to curb sexual desire. The fact is that regions with the highest numbers of FGM are not only ignorant of the risks of FGM, they are also ignorant of sexual health, psychological health and more.

The Ministry of Health and the Administrative Court of Justice decided that “FGM should be banned in hospitals and public/private clinics. And it should only be done if the female suffers from a serious disease, which is decided by the head of the department of gynecology based on a doctor’s recommendation.”

The Administrative Court of Justice approved that the surgery will not be against the law only if it is approved by the minister of health himself.

UNICEF’s 2014 studies showed that 91 percent of females aging between15-49 undergo FGM in Egypt and over 80 percent of these females are from the age group of 0-15 years old. It has also been found that it’s more common in the rural areas and less common in the wealthy parts of the country. 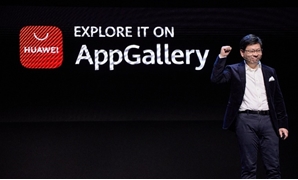